The company may be new, but the founder has lineage that stretches right back to the golden years of Italian lighting

In Alessandro Sarfatti’s own words, the history of Astep “Like all good Italian tales … starts a long time ago; and is, of course, a family affair.” 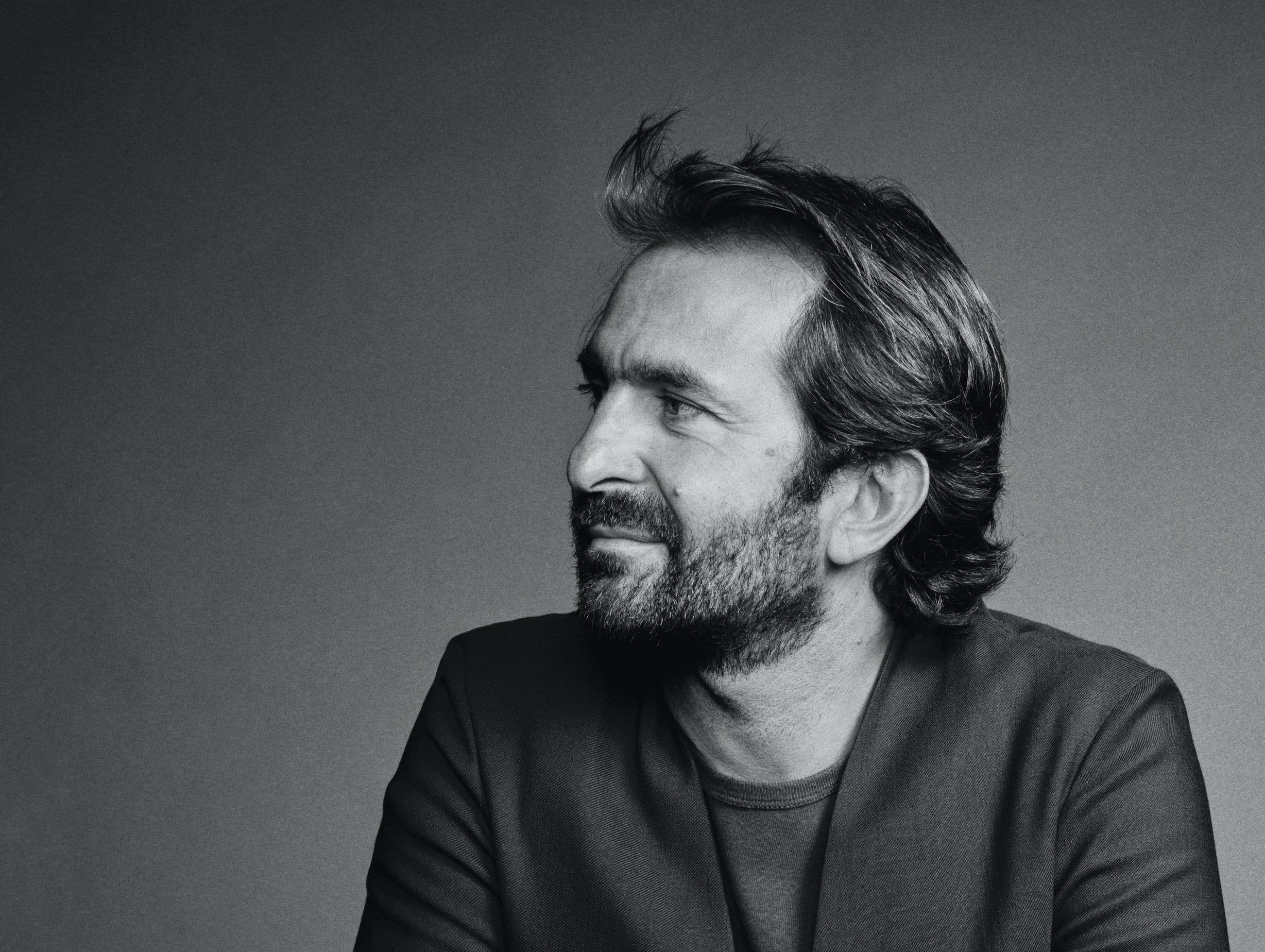 Sarfatti’s grandfather was none other than Gino Sarfatti himself, the Italian design legend who started Arteluce in 1939. Gino Sarfatti was a trained engineer who made his first light as a favour for a friend and by the time of his death had designed close to 700 luminaires and won countless design awards. We are huge fans of the re-editions of his work by Flos, launched in 2013, and when we saw a new company was releasing some of his designs we wanted to find out more. 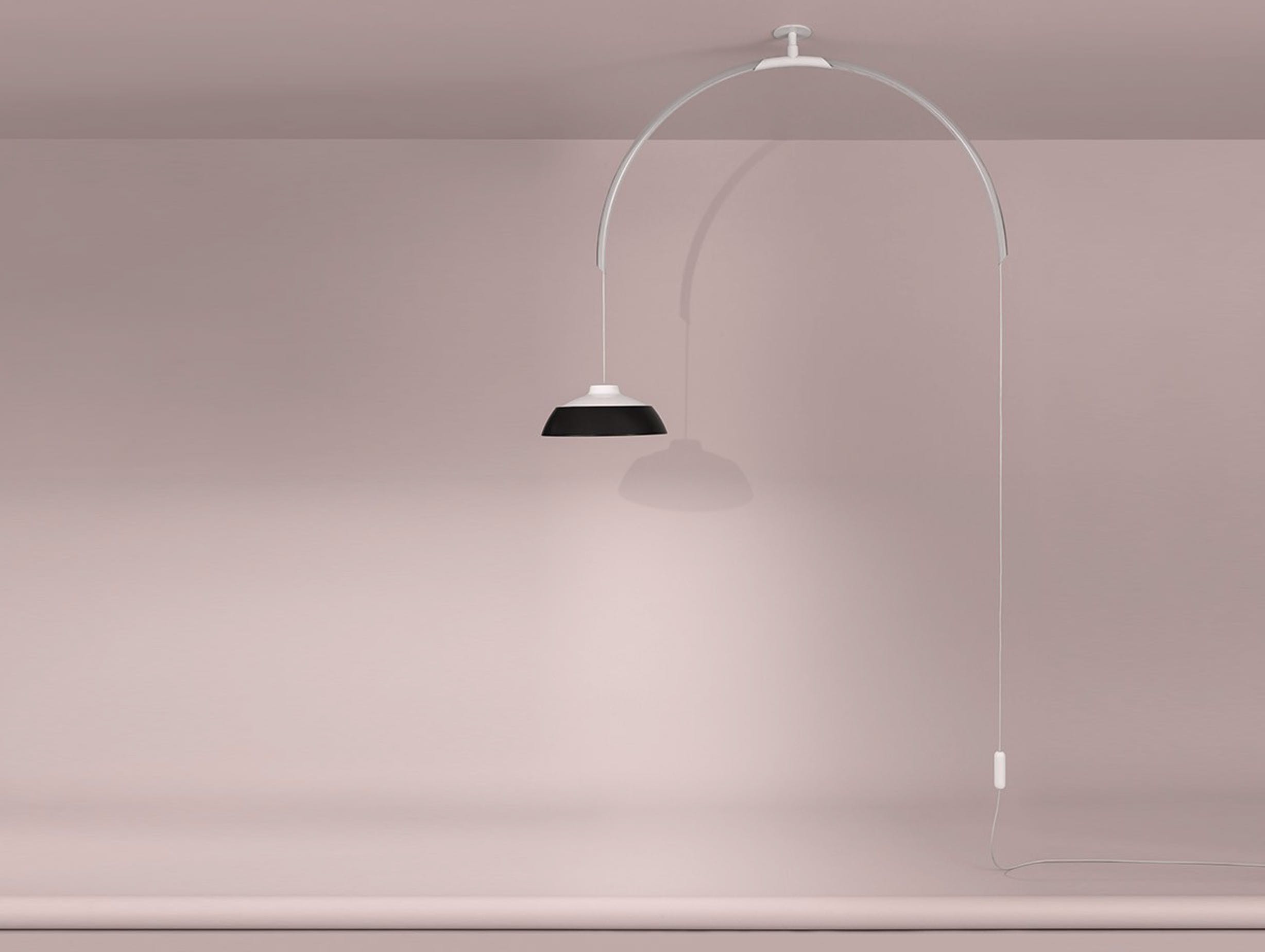 Model 2129 Suspension light by Gino Sarfatti re-released by Flos in 2013 and part of the Flos with Sarfatti Collection.

So back to Astep, Alessandro’s design lineage doesn’t stop there. His father is Riccardo Sarfatti, who founded lighting giant Luceplan with Alessandro’s mother Sandra Severi and architect Paolo Rizzatto in 1978. Luceplan as you may well know have an immense catalogue, many of which are modern classics. The Costanza for example and Daniel Rybakken’s stunning Counterbalance and Ascent series. 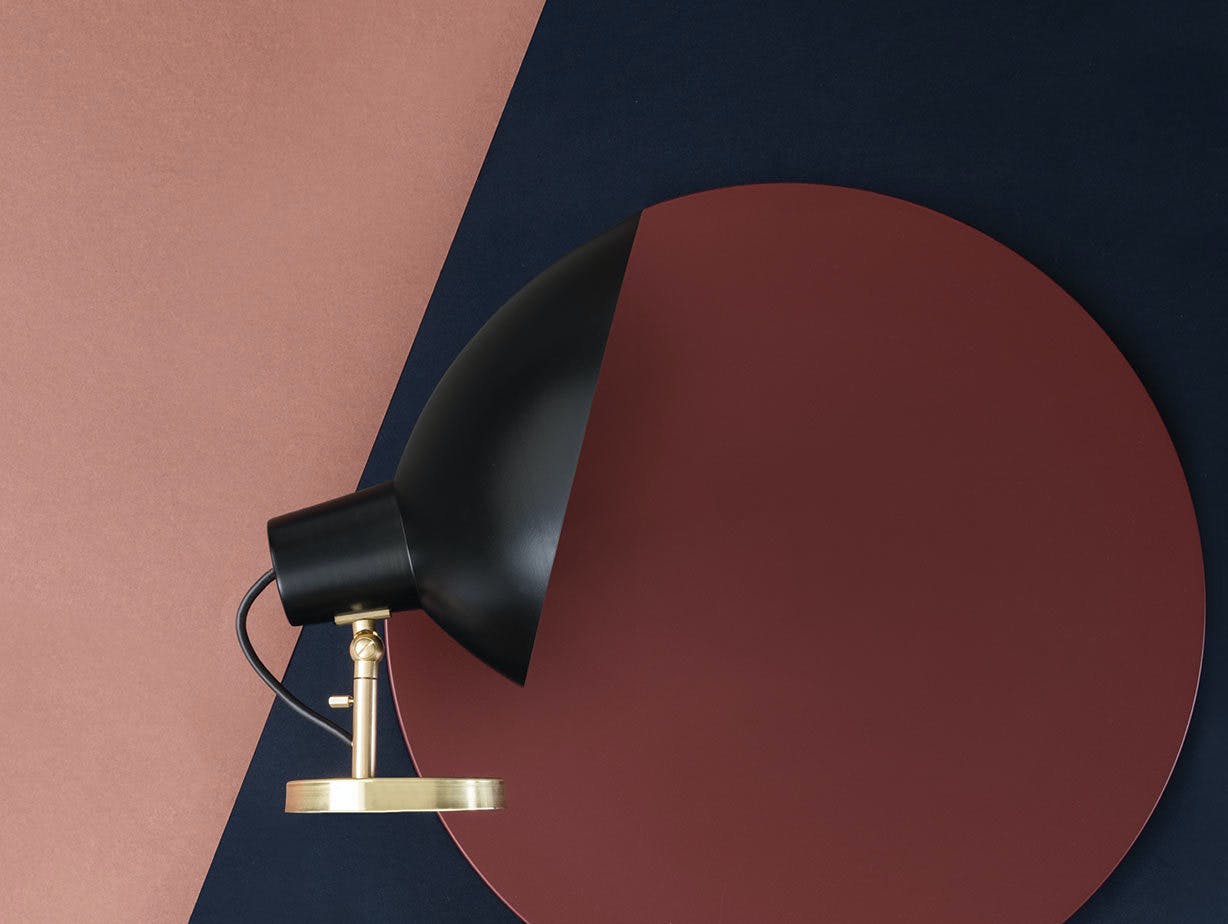 With all this history, it’s perhaps not surprising that Alessandro would in time create his own lighting company, and so he has with Astep. The company have launched with re-editions of Gino Sarfatti’s Model 2065 Suspension Light and also the VV Cinquanta Series by Gino’s close friend Vittorio Viganò. 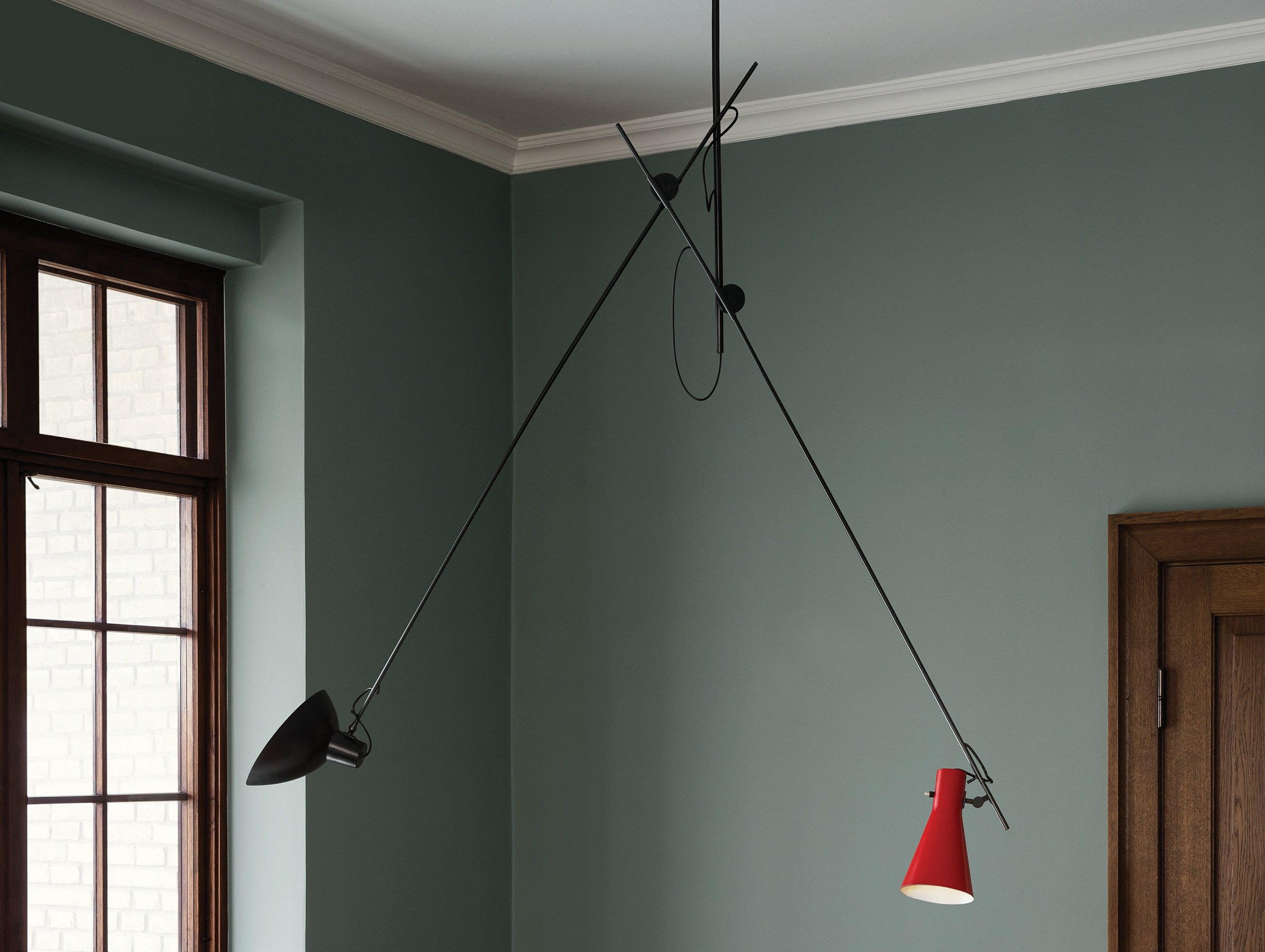 Designed in 1951 during Viganò’s time as Art Director of Arteluce, the VV Cinquanta series encompasses a wall, floor and suspension light. The suspension light features a distinctive dual-stemmed construction with two uniquely shaped reflectors, one narrow and one wide. The fixture and the reflectors can be adjusted to many different positions. 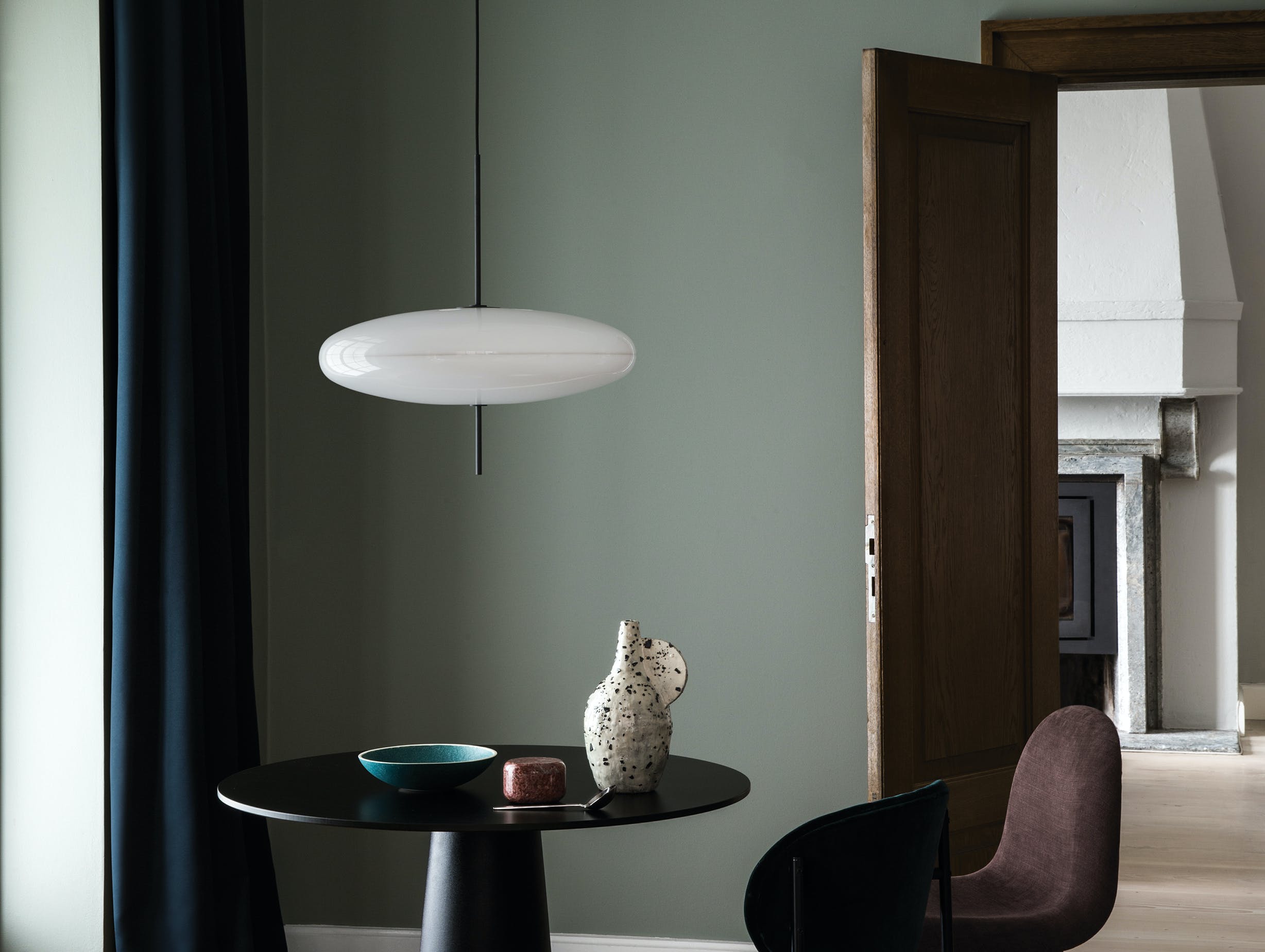 The Model 2065 Suspension Light by Gino Sarfatti, released by Astep.

Gino Sarfatti’s 2065 Pendant is constructed using Methacrylate, which was a new material at the time. It was lighter than glass but had never been used for lighting before, Sarfatti said of the design process “At the time we knew nothing except that it could be lit. So I took a few colours and put a light bulb inside, that was all.” 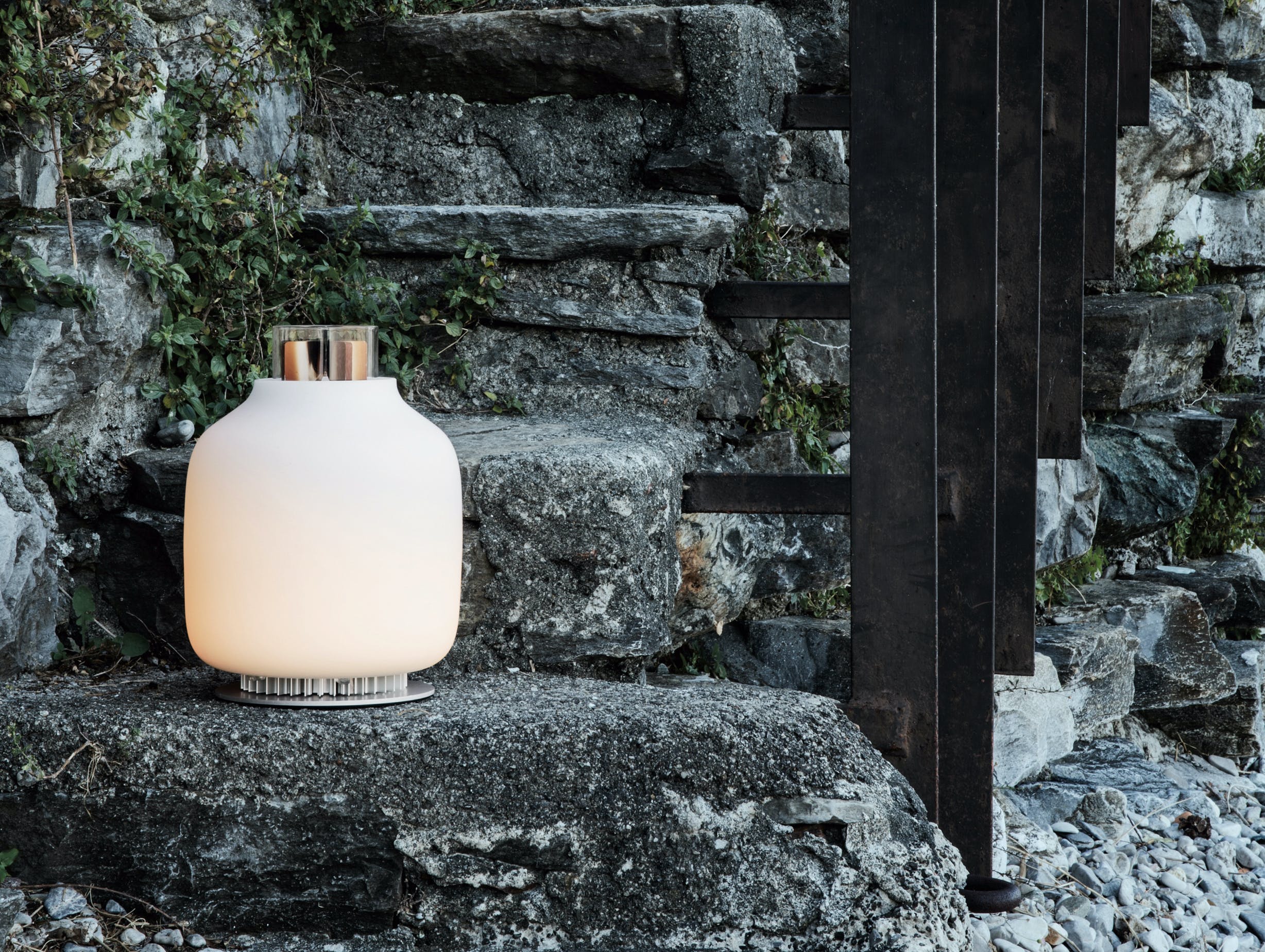 It is important to note however that Astep is not just a historical brand. Candela by Francisco Gomez Paz is proof of Alessandro’s desire to “combine the quality of life that new technologies offer, with the respect for people, objects and the environment that has always been at the core of good design.” Candela is something quite different. Designed by Gomez Paz this year. The light takes traditional Scandinavian oil lanterns as a starting point, but brings the technology very much up to date. 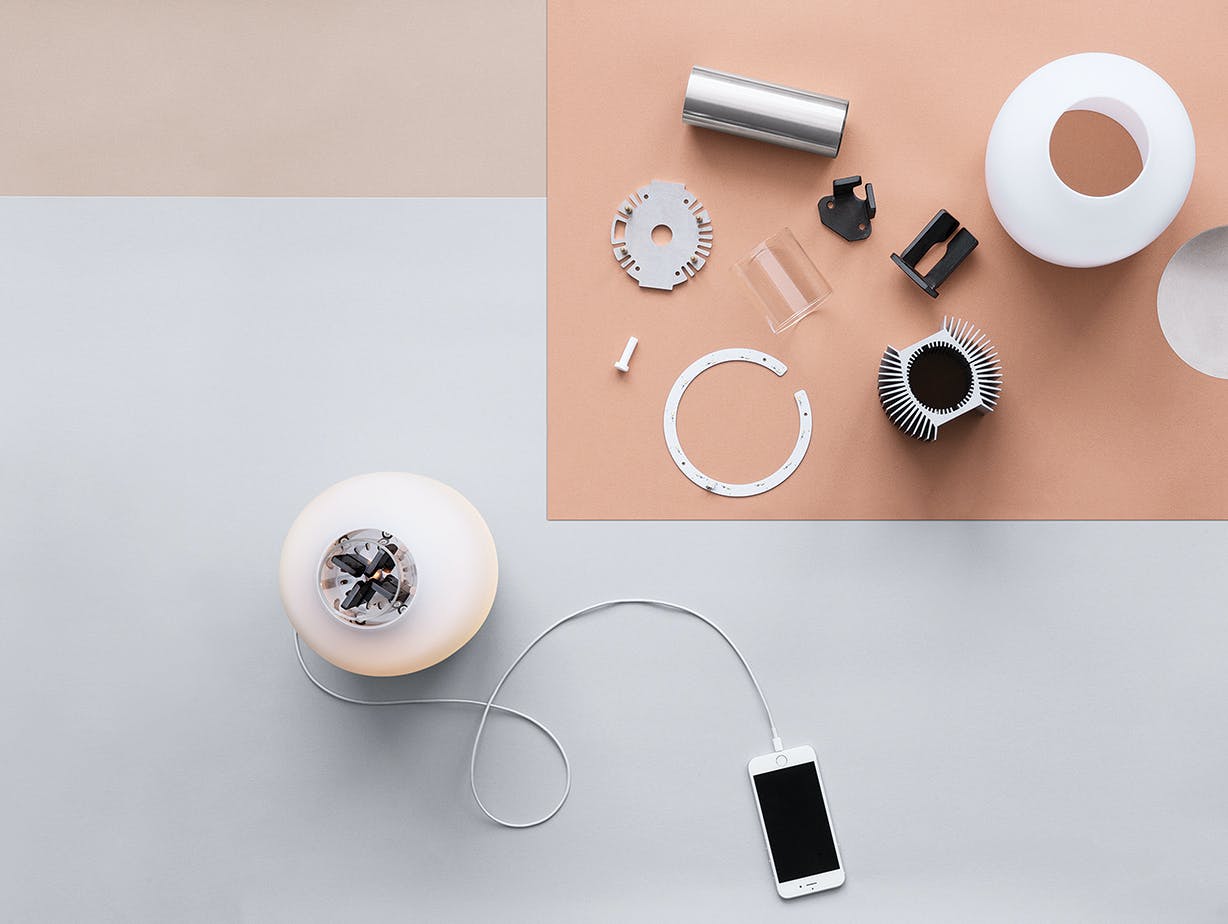 The components of the Candela Table Lamp

The light is powered by bio-ethanol that is used to generate a contained electric current powerful enough to illuminate the light, but also charge a phone if needed. It’s a forward looking concept, that uses a 19th-century scientific discovery to create its own electricity out of temperature differences created by the flame.

The marriage of timeless design new or old is a powerful concept if properly applied. With Astep and Alessandro’s strong vision of what he wants the company to achieve, there seems plenty of room for this new venture to flourish much like those of his predecessors.

You can see Astep's first collection here at the Viaduct showroom until 26th November 2016.

This article first appeared in our Milan 2016 review, see it in full here.

Products from the Astep collection

The designers taking a fresh perspective on the contemporary use of colour.

In spaces between: the art of handmade lighting

Six ways to be a more sustainable design practice

Inspired by the 'Waste Not Want Not' exhibition, Viaduct and designer activ... Read more

Paving the way for a sustainable future

How contemporary furniture brands are setting the standard for eco-consciou... Read more

By using a heritage carving technique that can only be achieved by hand, Za... Read more

Nikari: thinking green in the forests of Finland

More with less: how Emeco are embracing recycled materials

The use of recycled materials may be on the rise, but for American brand Em... Read more

Mattiazzi: handcraft in the technology age

Salone 16 projects involving e15 and Bloc Studios showed us how to make the... Read more

The Museo Della Merda’s pop-up installation offered an insight into how the... Read more

Cos take inspiration for their new 'Reworked Utility' collection from the w... Read more

Ferdinand Kramer: rediscovery of an avant-gardist

This brief look at their individual work shows a natural evolution from art... Read more