For over 25 years we have promoted the work of designers and companies who share our enthusiasm for timeless design that celebrates quality, purity, visual lightness and fun.

Viaduct is an independent retailer of contemporary furniture and lighting. For over 25 years we have promoted the work of designers and companies we believe in. 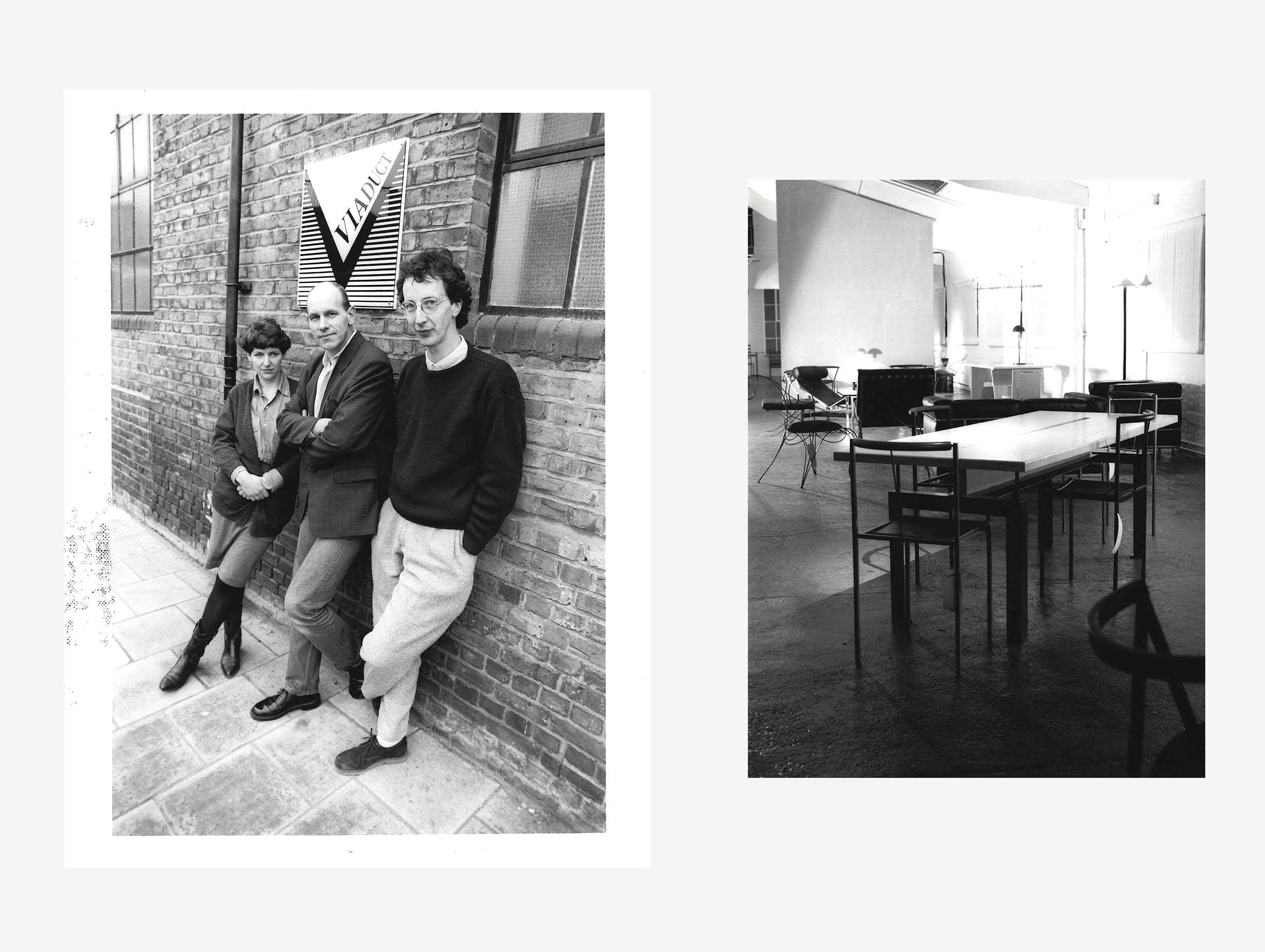 Founded in 1989 by James Mair as a conduit for his love of contemporary design, Viaduct is named for its purpose, to act as a 'bridge' connecting designers to those interested in their work.

Juggling his career as an interior architect with his desire to start a new kind of furniture company; James set out to create something not yet seen on the high street. Viaduct would be a destination where those knowledgeable and curious about design could find unique pieces for their home or projects.

The late eighties was a time of immense creativity in furniture design. Here in the UK designers such as Ron Arad, Danny Lane and Tom Dixon were launching careers with their experimental designs, displayed with a sense of theatre that had not been seen before. 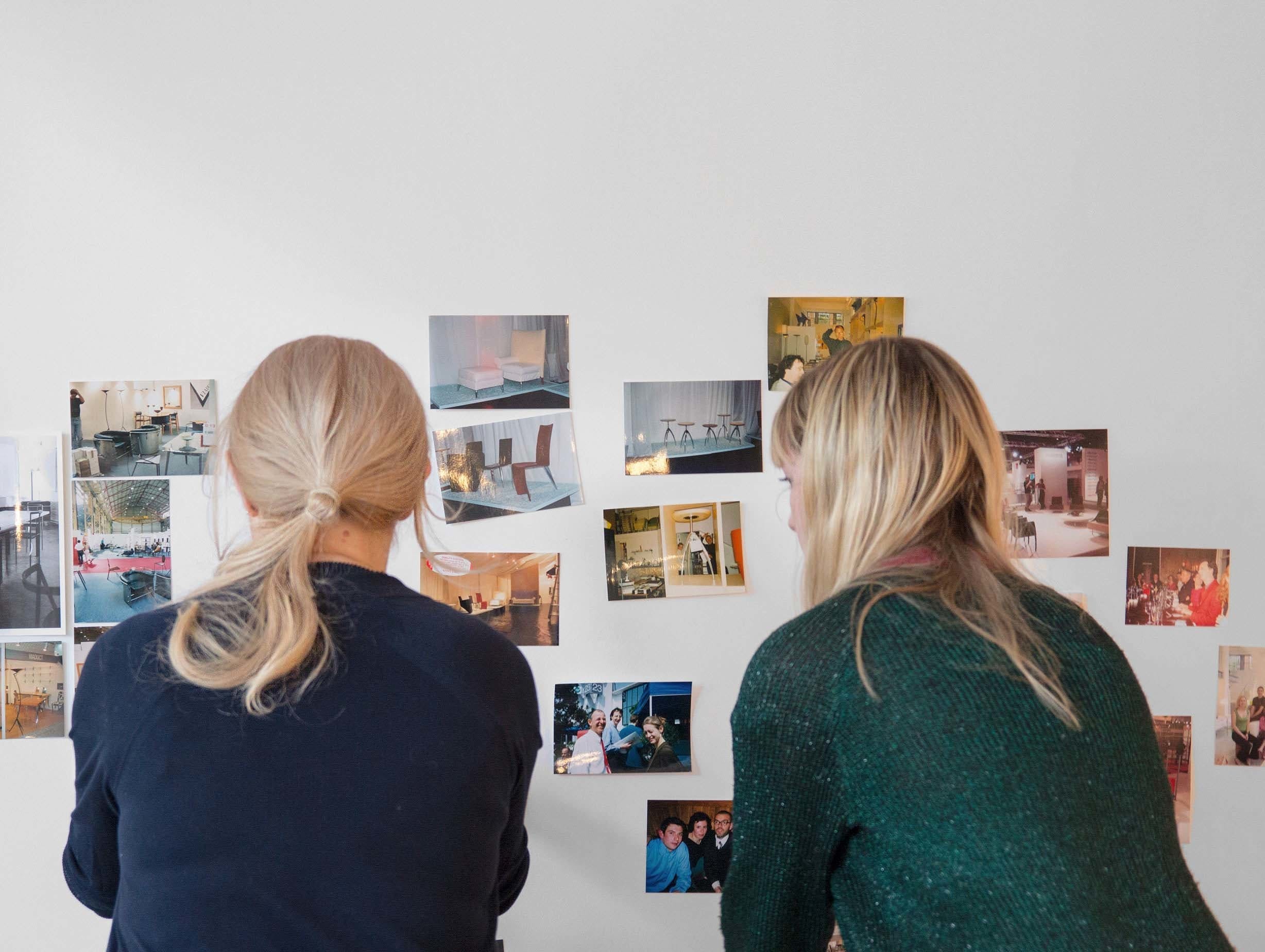 James visited trade fairs and met with countless designers and manufacturers, scouring both home and abroad for the best examples of creativity and innovation in furniture design. There was Richard Heatly and then Martin Ryan, both of whom studied at the London College of Furniture, as did Klaus Fortmann, Nicolas Cary, Terence Woodgate, Paul Gross. From the Royal College of Art there was John Coleman, Jakki Dehn, Ralph Ball, Maxine Naylor, Jasper Morrison a little later along alongside Konstantin Grcic. Out of Kingston University, there was more of a bridge between fashion and furniture with D’Soto, Matthew Hilton and Helen Storey. 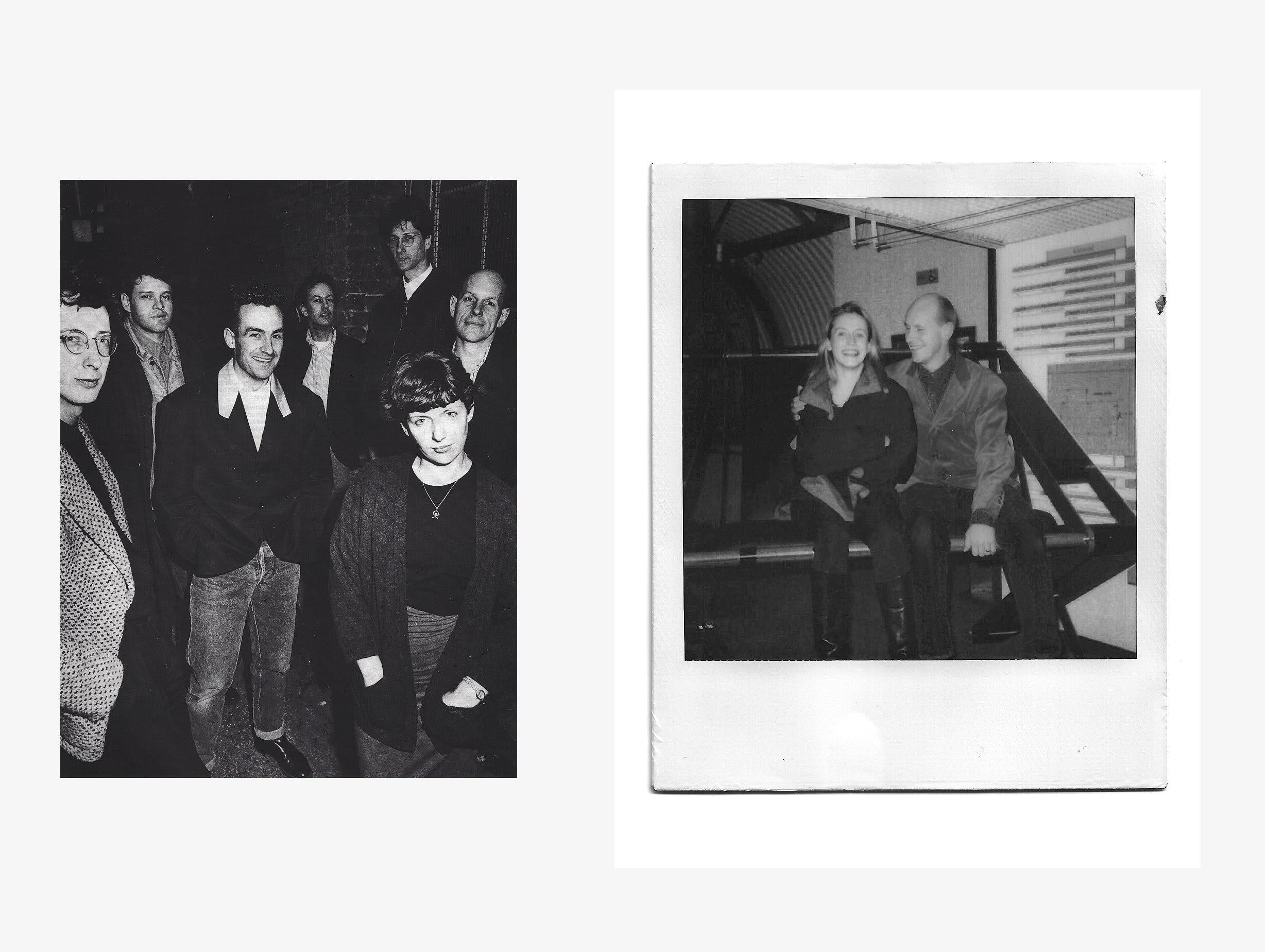 Viaduct was just three people at the start of the nineties. The early days were spent in a warehouse in Kentish Town shared with other creatives and architects. The showroom was created on a shoestring budget, with just enough money "for a coat of paint and fan heaters in the office area". On the third of March 1989, the showroom launched with pieces by Zeus and Movimento Moderno from Italy plus various British designers including Martin Ryan, Richard Heatly and D’Soto. 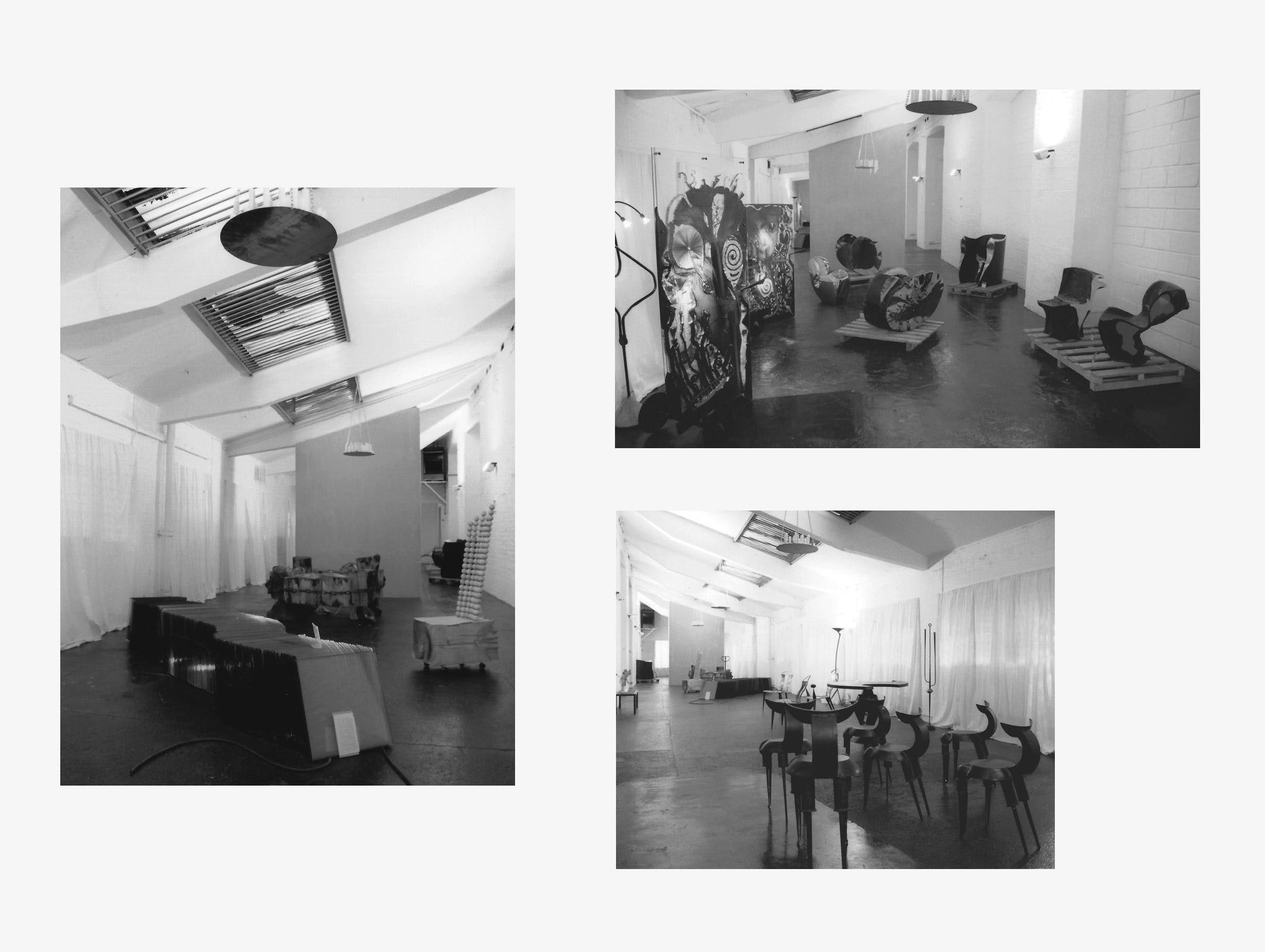 In 1990, with the help of David van der Herd, Viaduct launched its first major exhibition of work by Tom Dixon, Ron Arad and Danny Lane. This was followed by a major show of new work by Philippe Starck, whose went on to be the subject of a major Design Museum show the following year. 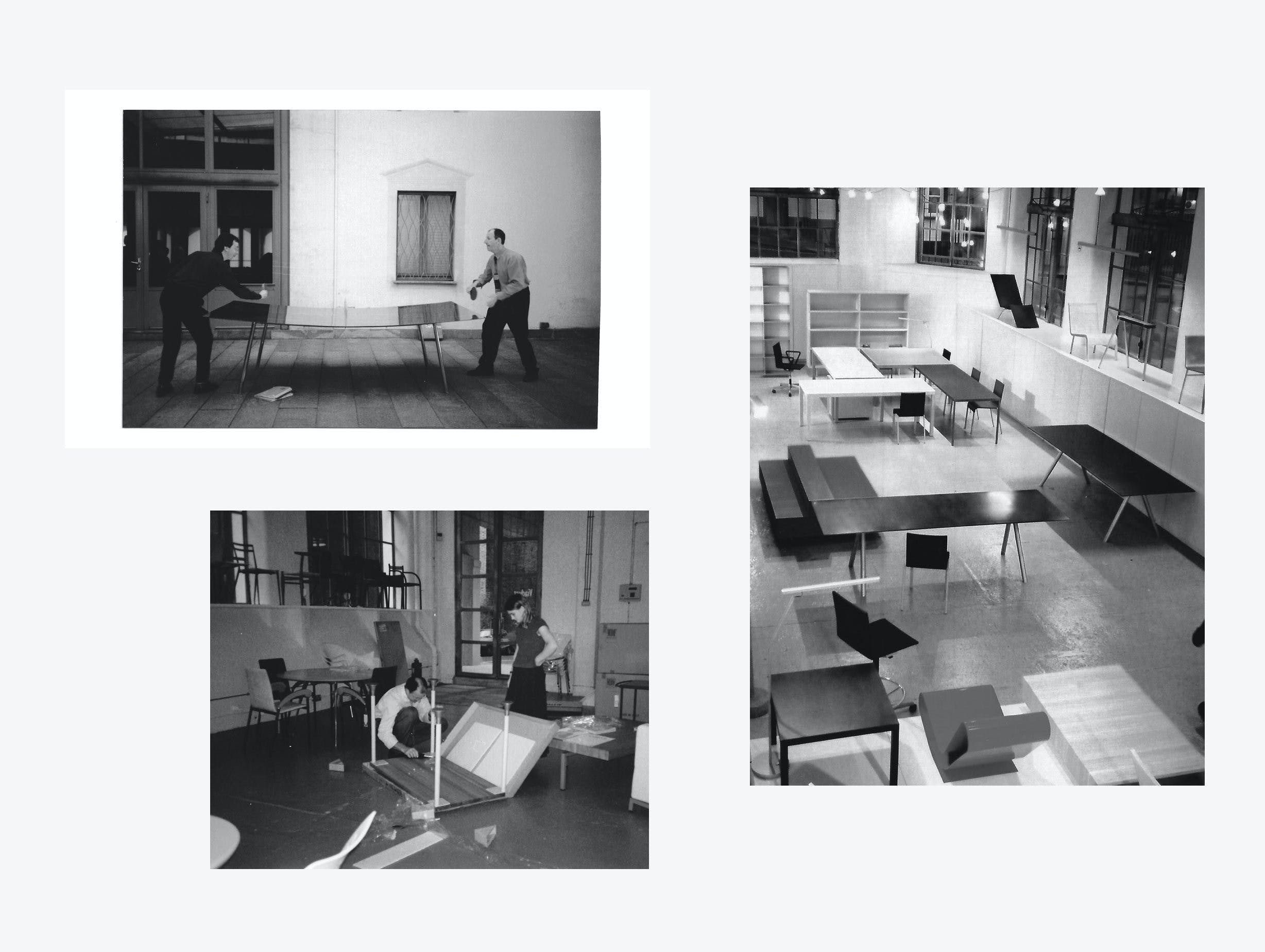 Clockwise L-R: James and Victor Mann playing table tennis on a Ron Arad ping pong table in Milan. A show launching the furniture of Maarten Van Severen in our Clerkenwell space in 1996.

It was now 1993 and the developers wanted their Kentish Town warehouse back, so a hunt was on for a new home. A site in a former printworks in Clerkenwell was chosen and in May of that year our new Summer Street showroom launched and we have remained here to this day. 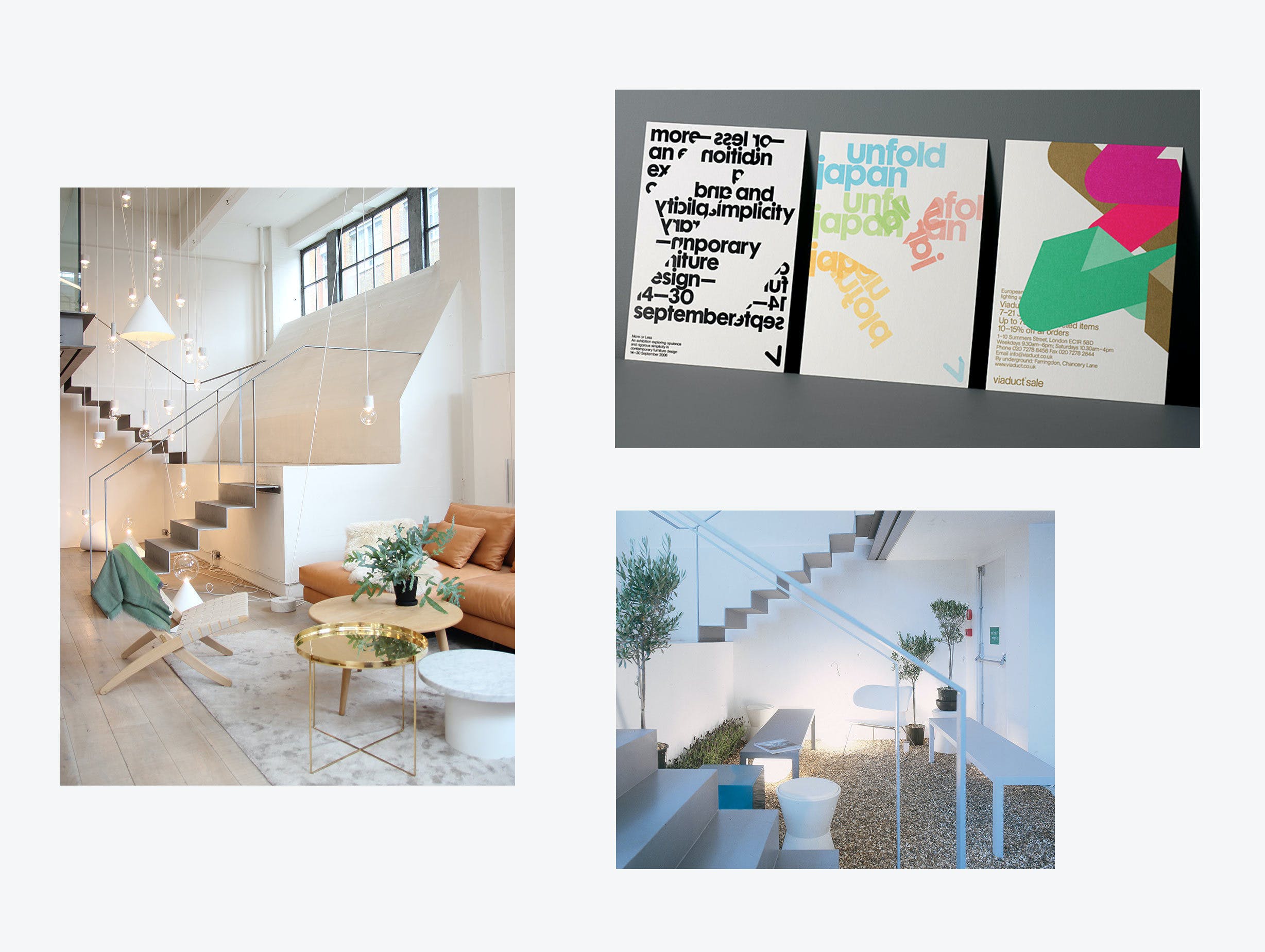 Clockwise L-R: Image from our LDF 2015 show White on White. Invitations designed by MadeThought for several of our shows and sales. Image from Hotel Viaduct curated by Tamara Casperz in 2004

Since then, our team has grown to twelve people and our Clerkenwell home has played host to exhibitions launching the work of many leading designers including Maarten Van Severen, Philipp Mainzer of e15, and Muller Van Severen. We were first too, to show collections by brands such as Maruni, Giopato & Coombes, MDF Italia and Valerie Objects.

Since our earliest days we have promoted the work of designers and companies we believe in. We continue to source pieces from those who share our firm belief that timeless design celebrates quality, purity, visual lightness and fun. 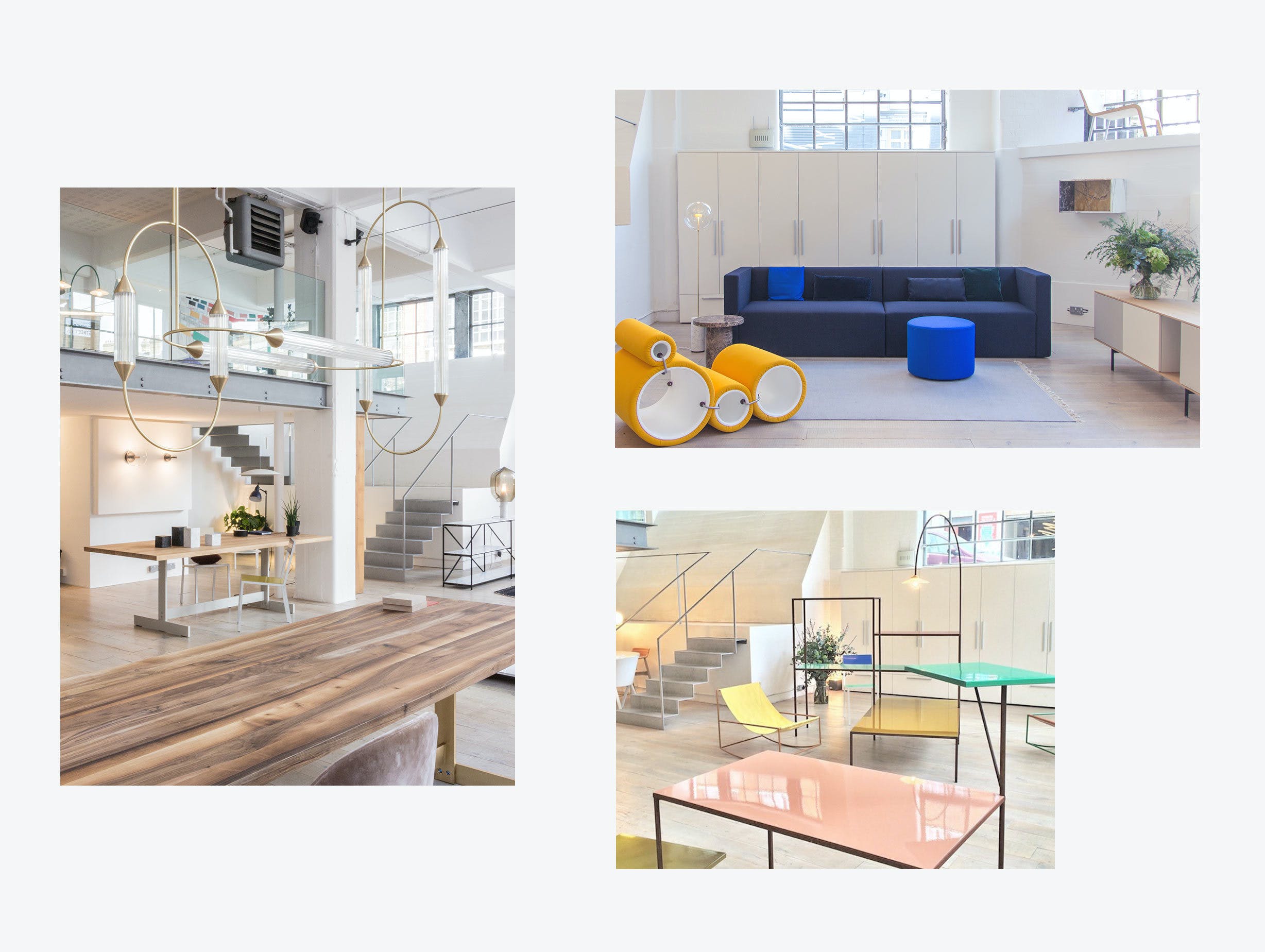