A look inside the enigmatic rooms of California's 'Forgotten Frey'

A look inside the enigmatic rooms of California's 'Forgotten Frey'

This year, Cree House opened its doors to the public for the first time, more than 60 years after it was first built in the rocky foothills of East Palm Canyon Drive. Back in 1947, the 12-acre plot was purchased by school superintendent turned property developer Raymond Cree, who had grand plans to build a luxury holiday resort named the Desert Hill Hotel.

He got in touch with Swiss-born architect Albert Frey and commissioned him for the design. Plans of the resort show nine modern bungalows facing out from the hill, and a restaurant where holidaymakers could enjoy a meal against the backdrop of the San Gabriel mountains. But for reasons that have never been revealed, the plan was later abandoned, and Cree asked Frey to design a simple family home in its place. 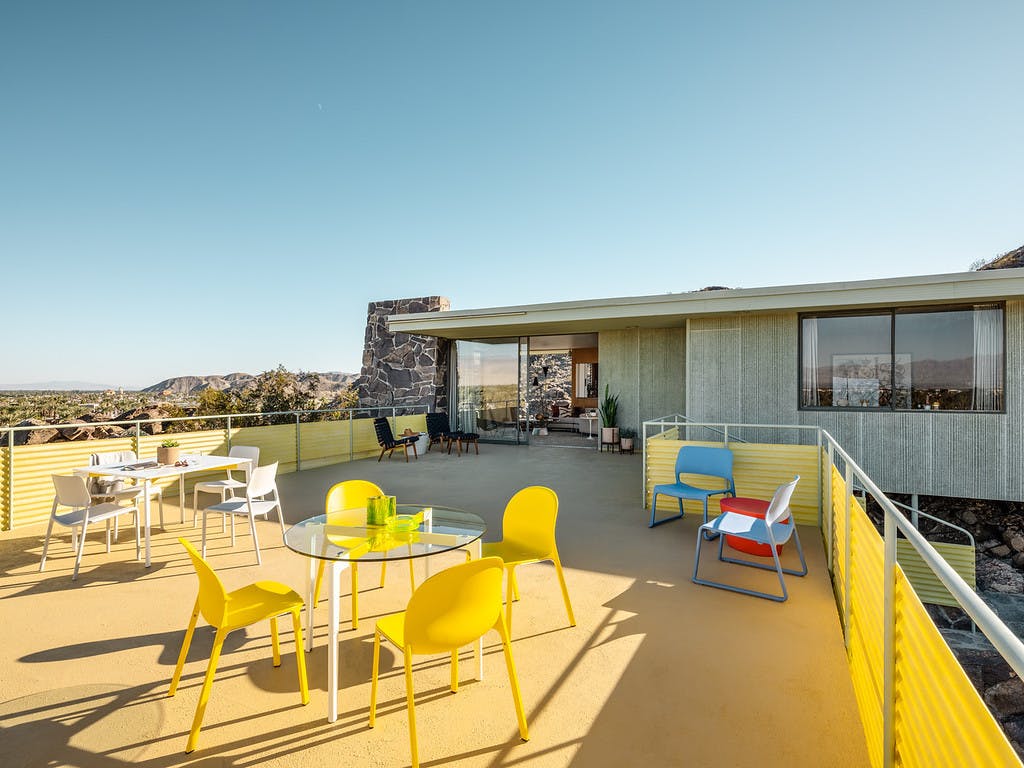 Built for just $40,000 and completed in 1955, the modest 2 bedroom house epitomised Frey’s ‘desert modernism’ style, contrasting its rugged surrounds with its industrial materials and bold geometry. Set back from the road, it appears almost precariously balanced on the hillside, its jutting balcony and yellow fibreglass panels giving a small taste of the unique interior within. But requests from architecture and design aficionados hoping to look inside Cree House were all denied; its rooms only known to the handful of owners who have taken up residence in the decades that followed.

Raymond Cree lived in the house for a decade after it was built, before the then 90-year-old moved in with a niece in Riverside. Since then, it has been owned by just a couple of local business owners, eventually passed down to Sam Harris. Harris committed to restoring the home to its original 50s condition, complete with mid-century furnishings provided by Knoll. 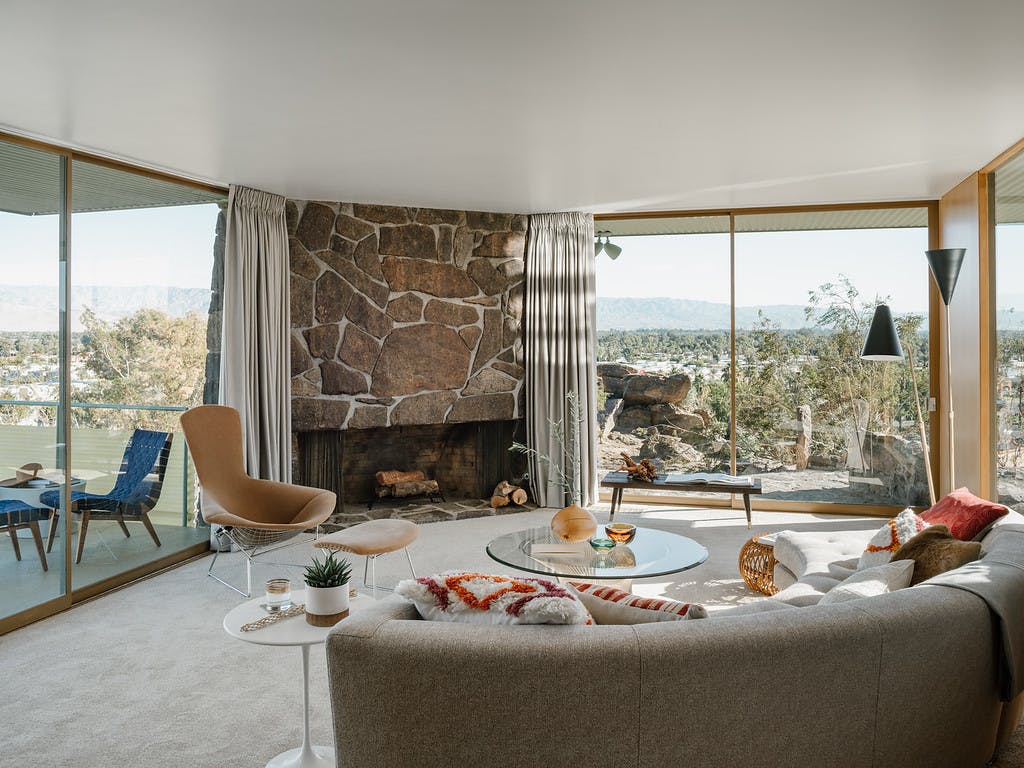 It was once the restoration was complete that Cree House was finally opened up to the public for the first time as part of Palm Spring's Modernism Week 2019. Inside, the home is inspired by its surroundings, with an earthy colour palette that brings the desert from the outdoors in; its tiles, corrugated metal and fibreglass all in colours of desert plants.

In the living room, a fireplace built from rocks around the property is the centrepiece of the whole house, the rooms anchored around it. A Platner Coffee Table and Saarinen Side Table embrace the curved sofa, while a Bertoia Bird Chair and matching footrest provide additional seating. 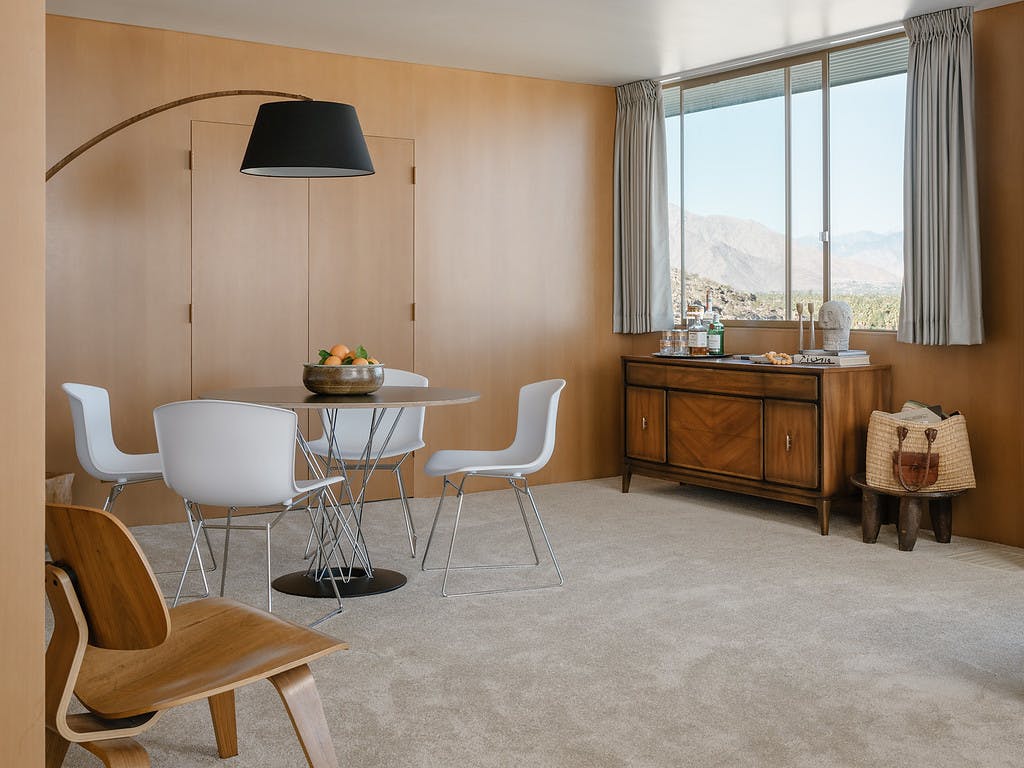 The understated colour scheme extends to the dining room, where white Bertoia Shell Side Chairs surround a Cyclone Dining Table. There, storage space is cleverly tucked away, hidden behind panels that pop open with a push of the wall.

The modernist theme continues out onto the deck, which extends far outside the modest 1300 square foot home. Risom Outdoor Lounge Chairs provide respite from the desert heat, while 1996 Outdoor Chaises on the rock-paved terrace allow residents to bask in the California sun. 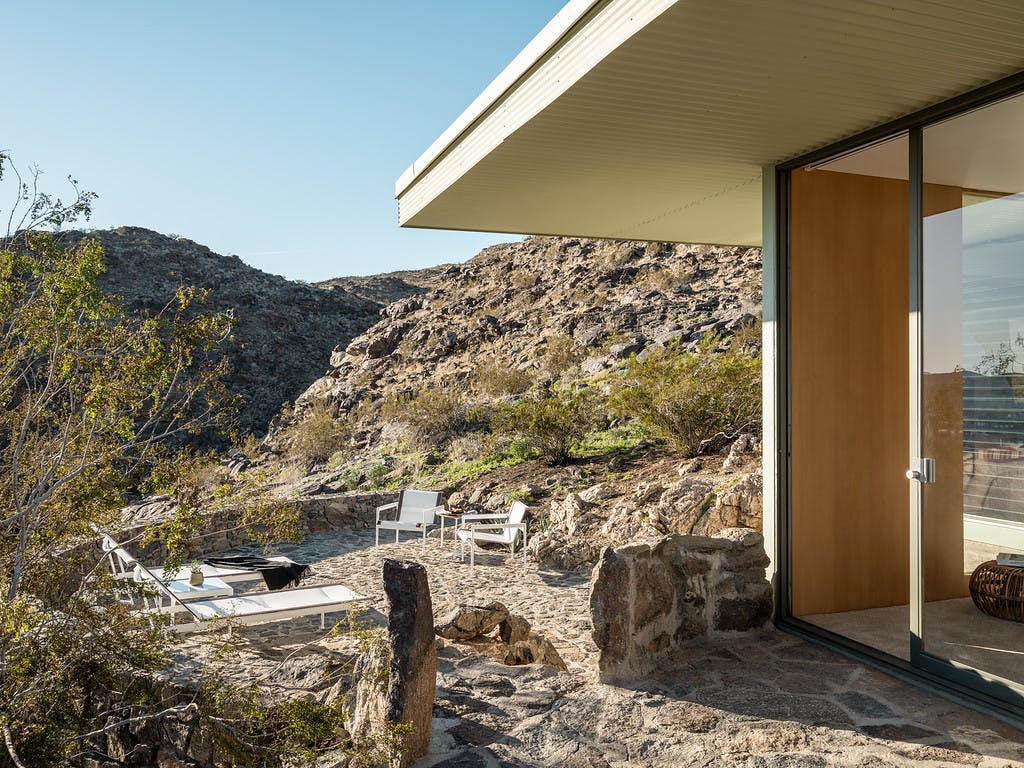 Filled with designs from mid-century masters like Henry Bertoia, Eero Saarinen and Jens Risom, the restoration of Cree House is an unwavering expression of the era in which it was built.

Now, almost 65 years later, it stands almost exactly as Albert Frey designed it; a precursor to some of his most important architectural works. Like the Carey-Pirozzi House and Frey's own home, Cree House signifies the architect's philosophy of simple, elegant design.

We visit some of the last standing 'Palaces for the People'; erected in the aftermath of the Second World War and now facing demolition

We visit some of the last standing 'Palaces for the People'; erected in the... Read more