To look at it today, you would never guess that the Soft Pad group started its life as an outdoor chair. Its story begins in the late 1950s, when Eero Saarinen and Alexander Girard were commissioned to build and furnish a private residence - now known as Miller House.

At that time, there was no outdoor furniture that would suit the terraces of this modernist structure, and so they asked Charles and Ray Eames to develop an outdoor chair specifically for the project. 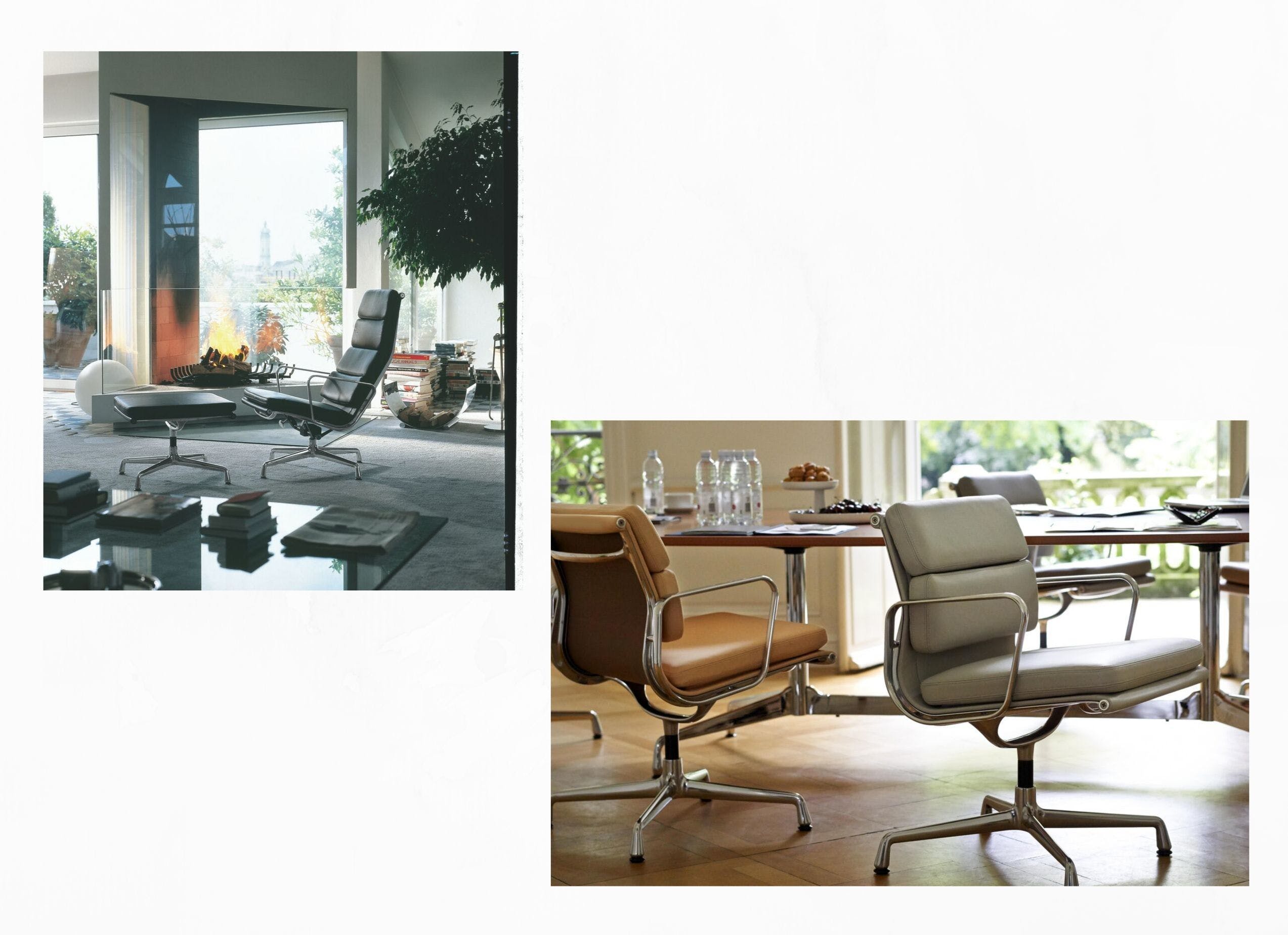 Charles and Ray constructed a chair with a cast aluminium frame to give it a smart and elegant aesthetic with water-resistant and lightweight qualities. The design shifted away from the shell forms of the era, instead using a stretched mesh sling seat that allowed it to withstand the elements.

The Leisure Group, as it was known at the time, instantly revealed itself as a modern design classic, praised by both the public and critics alike. With its sleek profile and attractive aluminium finishings, it soon became clear that the chair lent itself equally well to traditional upholstery.

The idea quickly shifted, evolving from an idiosyncratic design for a single buyer to a range of chairs for the modern home and office. Moved inside and upholstered with supple leather, it was renamed as the Aluminium Group Chair. 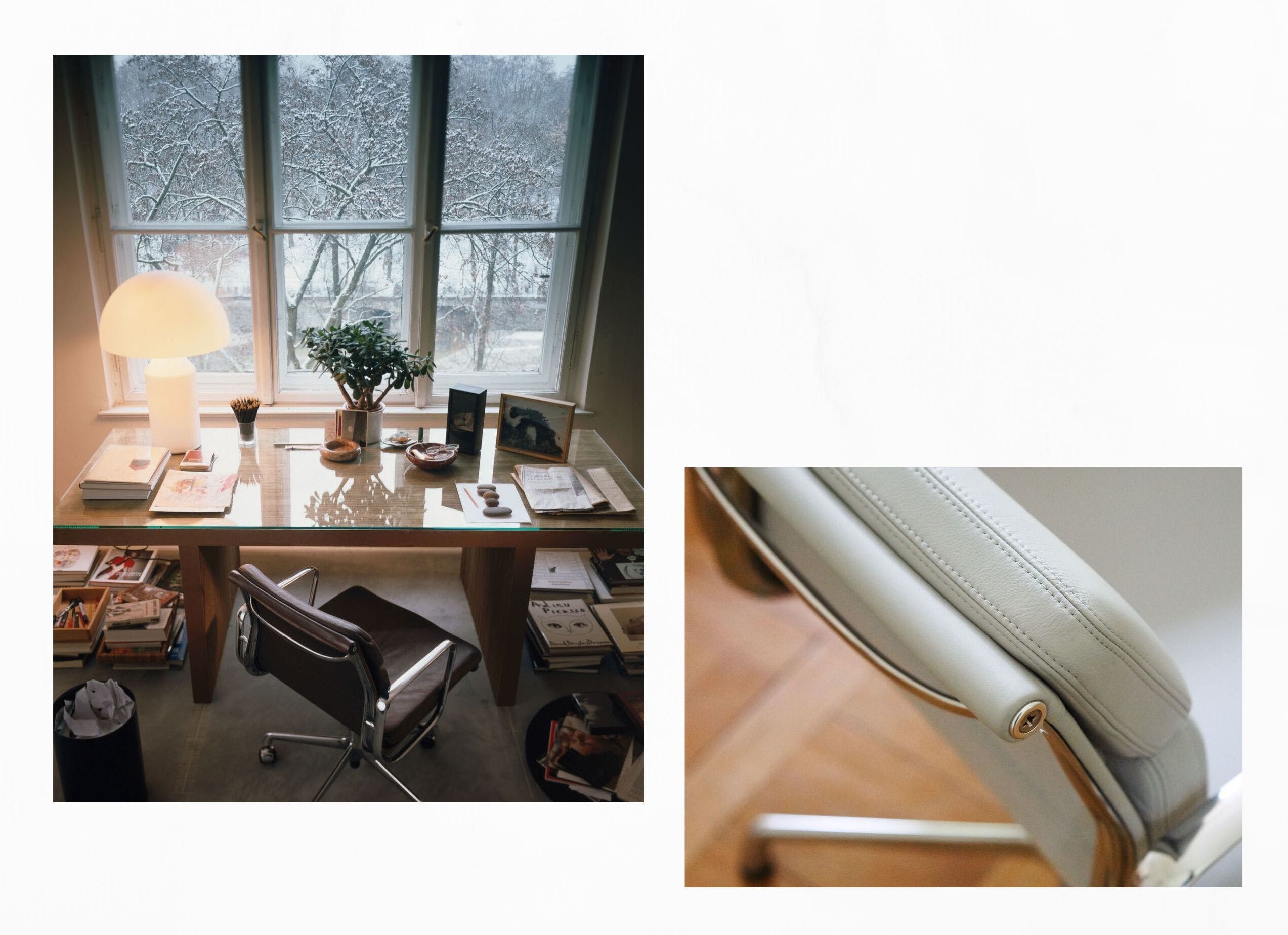 After ten years of success on the market, Charles and Ray Eames began to consider how the Aluminium Group concept could be adapted to better serve indoor office environments. Made for sitting for long periods of time, the couple looked to enhance the chair's comfort by adding individually upholstered cushions to its sling-style back.

And so began the painstaking design process, involving the creation of numerous 3D models of the chair in the same materials and scale as the final creation. On early models, the cushions sagged after only short periods of use, resulting in the introduction of time-consuming and technically difficult details, such as the double-needle topstitch in the chair's cushions. 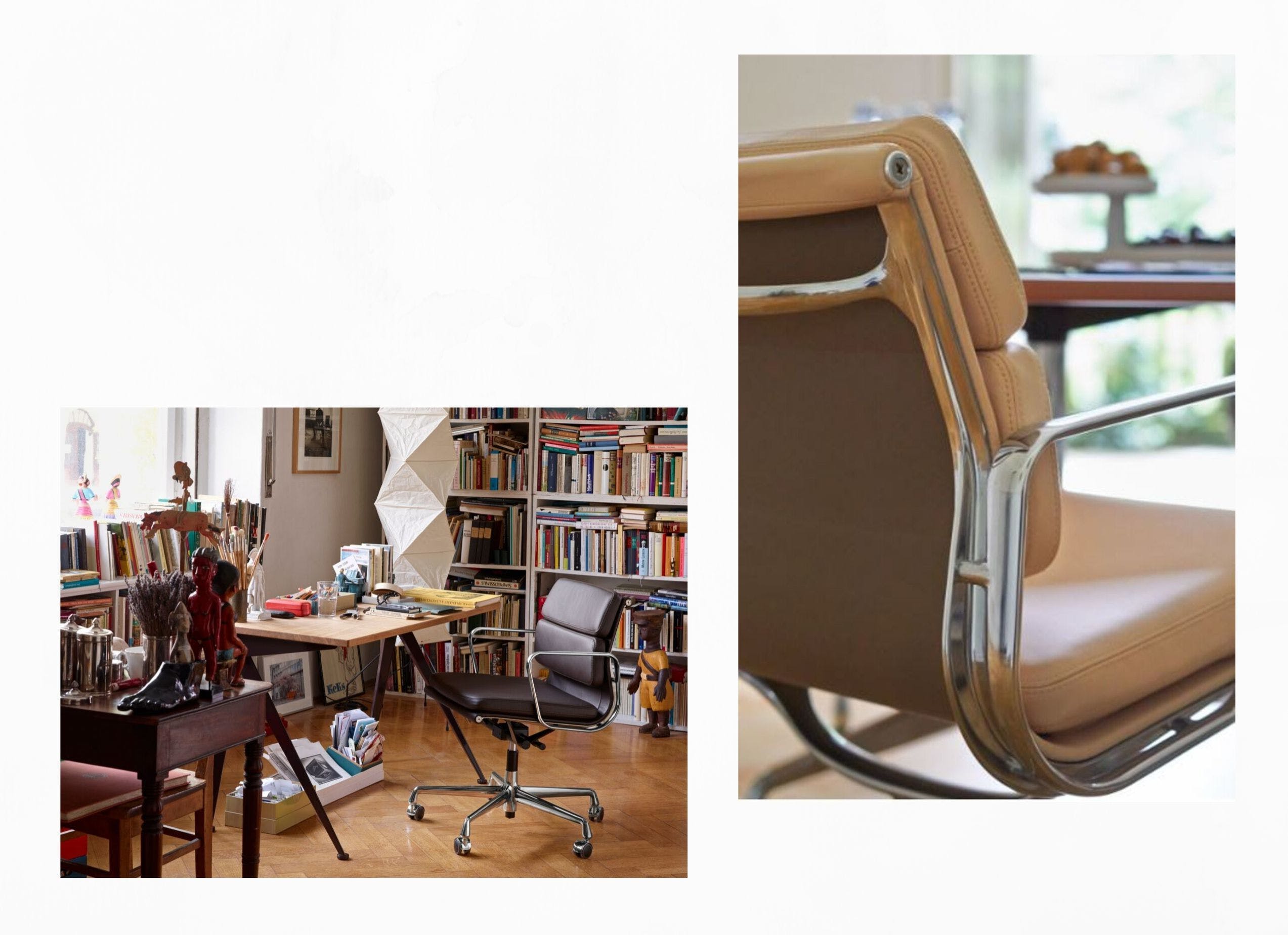 This not only takes twice as long to produce, but requires the use of two different sewing machines. The rounded edge of each Soft Pad cushion is even more labour intensive to achieve, playing a key part in the chair’s instantly recognisable silhouette. The result of the Eames’ care and attention to detail is that Soft Pad chairs can still be in use decades after their purchase.

Since its conception in 1969, the Soft Pad Group Chair has graced the covers of magazines, made its way onto television screens and furnished thousands of homes and offices the world over. With its timeless style and comfort through construction, it's sure to do so for many more years to come.

Eames products mentioned in this article:

Fien Muller and Hannes Van Severen launch a book to coincide with an exhibi... Read more