The Department Store is a collaborative workspace that revives a local Brixton landmark.
Office space

The Department Store is a project by Squire & Partners designed to restore a Brixton landmark and provide a series of collaborative workspaces for themselves as well as artists and craftspeople, whilst fostering relationships with the local community.

Squire & Partners acquired this then dilapidated Victorian department store in 2015, originally the BonMarche and then Morleys, the building is a local landmark and the designers were keen to foster relationships with local craftspeople and artists during the project.

The Department Store has become the new home for the practice as well as several other organisations such as Pure Vinyl Records, Canova Hall Restaurant and Bar, a coffee roastery and the local post office. During the London Design Festival 2017, the building was the new hub for the Brixton Design District and played host to many community events and workshops for the duration of the festival.

The building's original elements were preserved where possible and provided the starting point for the design. Squire & Partners then added modern elements were necessary, utilising the palette determined by the buildings existing patina. The result is a cohesive project where old and new seamlessly intertwine. 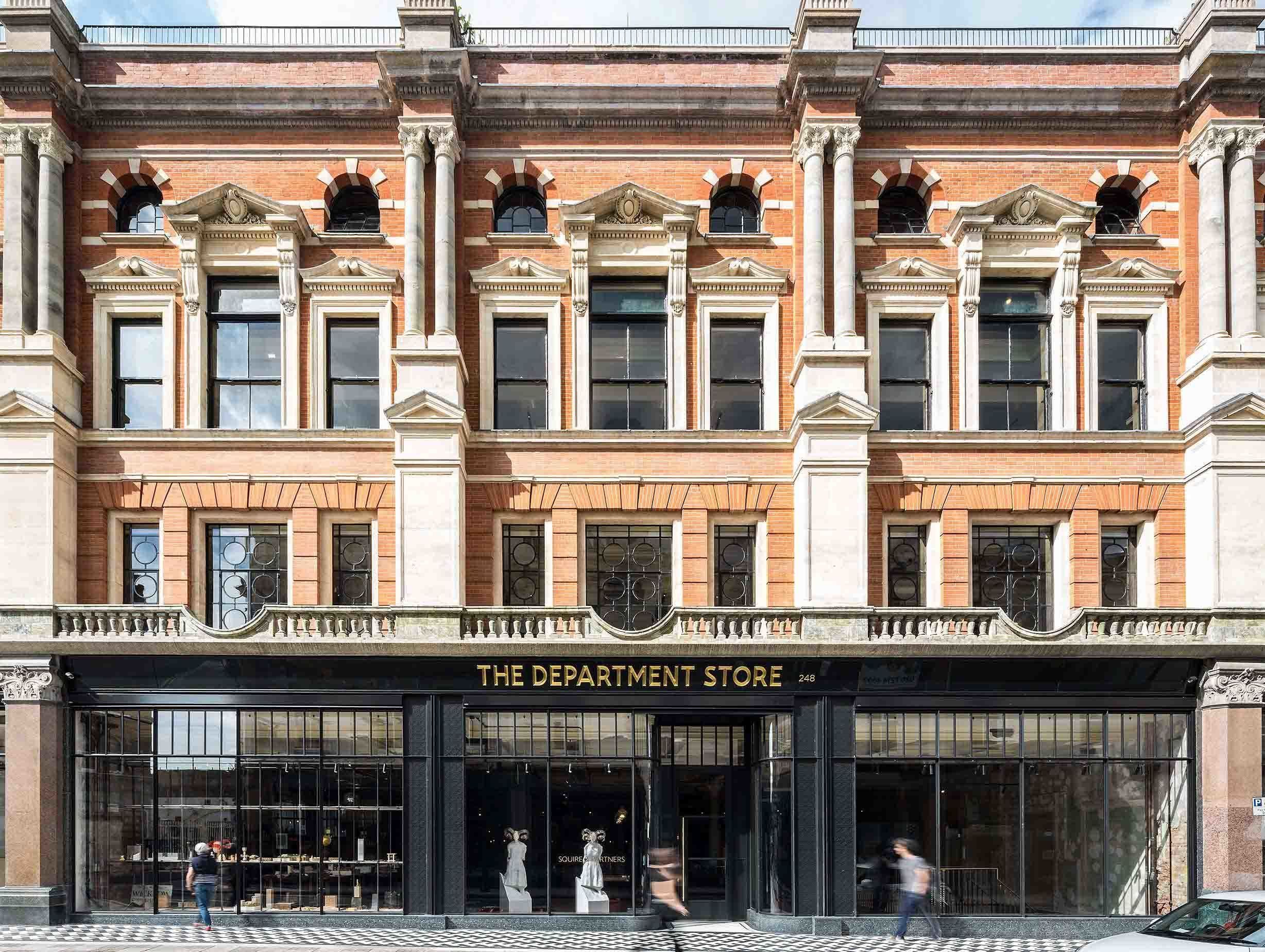 Externally the brickwork, stone, terracotta and tiling was restored and preserved. 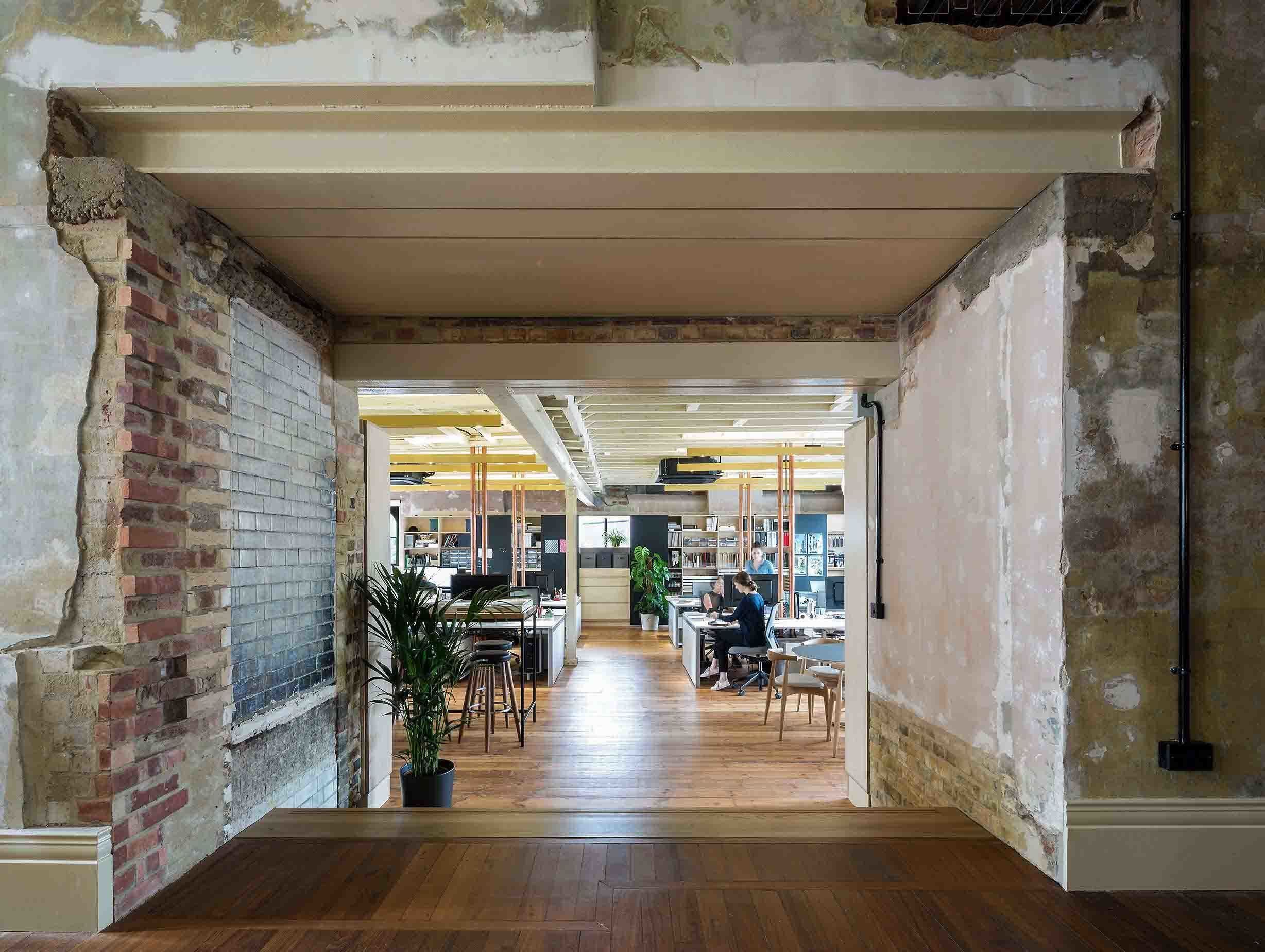 The design team were keen to 'entirely reimagine the space allowing the existing fabric and layers of history to inform the new design'. A palette informed by the patina of the walls was implemented and the original mahogany and teak parquet flooring is preserved. 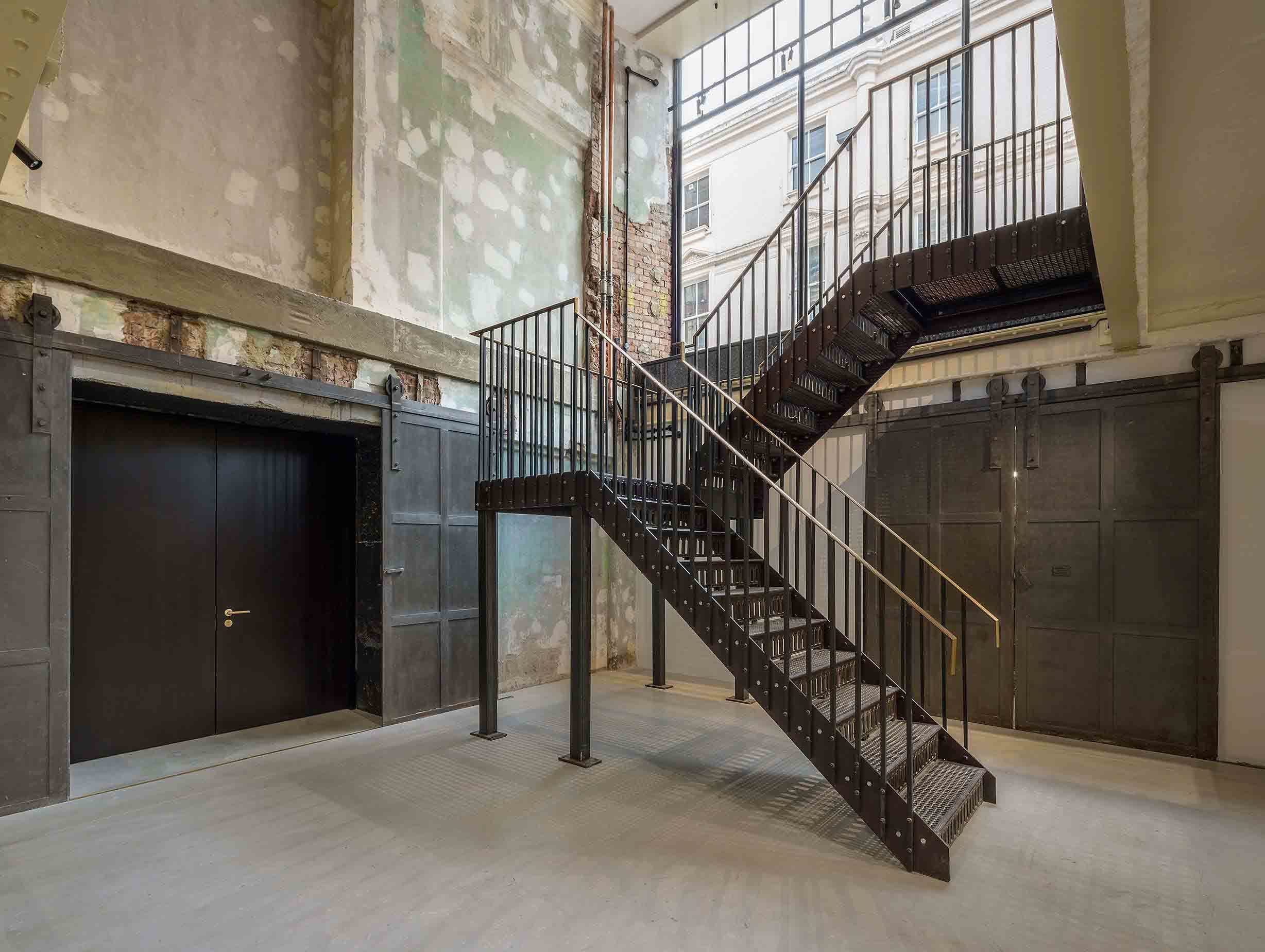 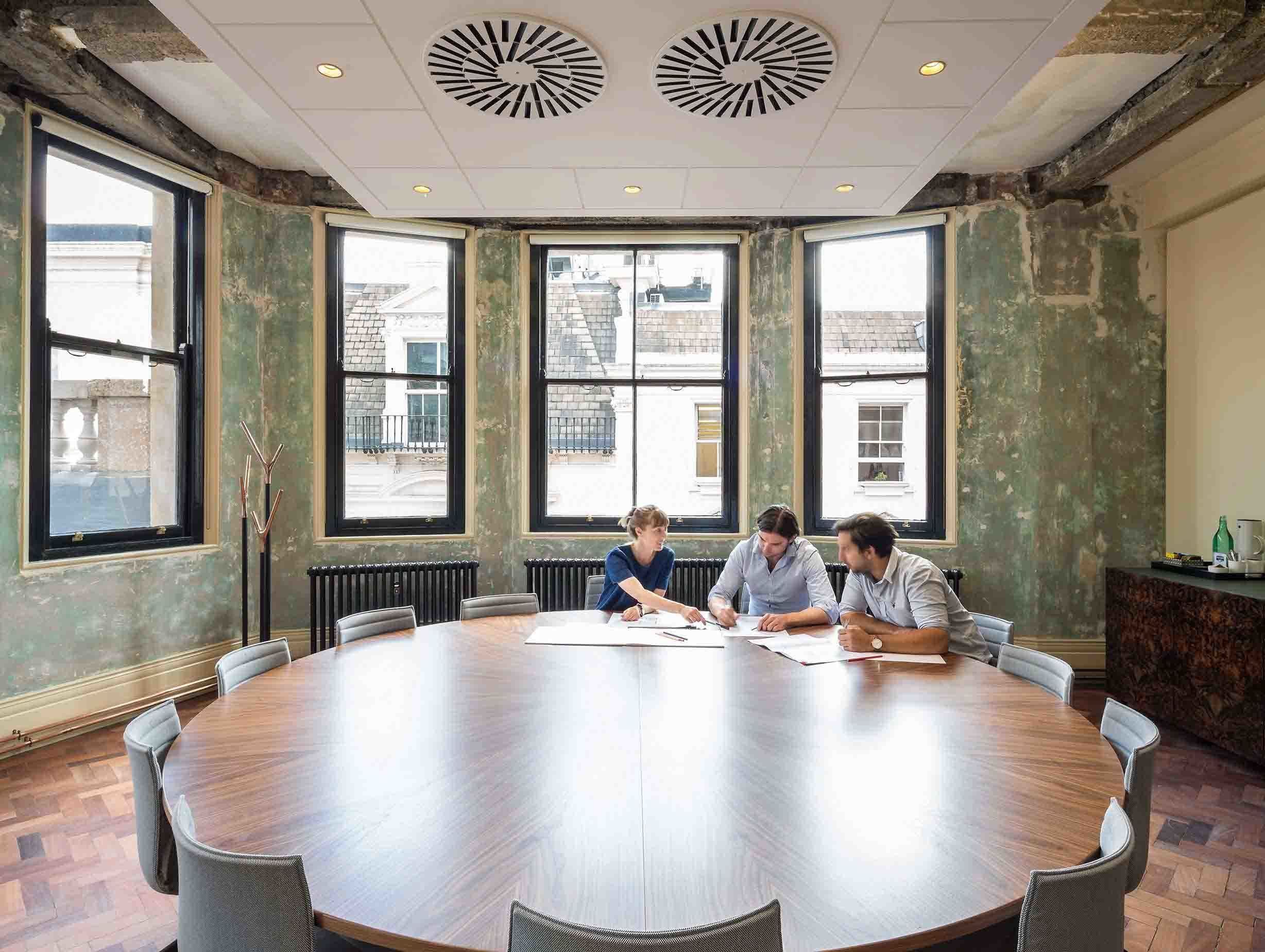 In the meeting rooms, the wooden furniture echoes the original flooring, and the meeting table is lined with Catifa chairs in a neutral fabric that sit incongrously in the space, allowing the uniqueness of the building to come to the fore. 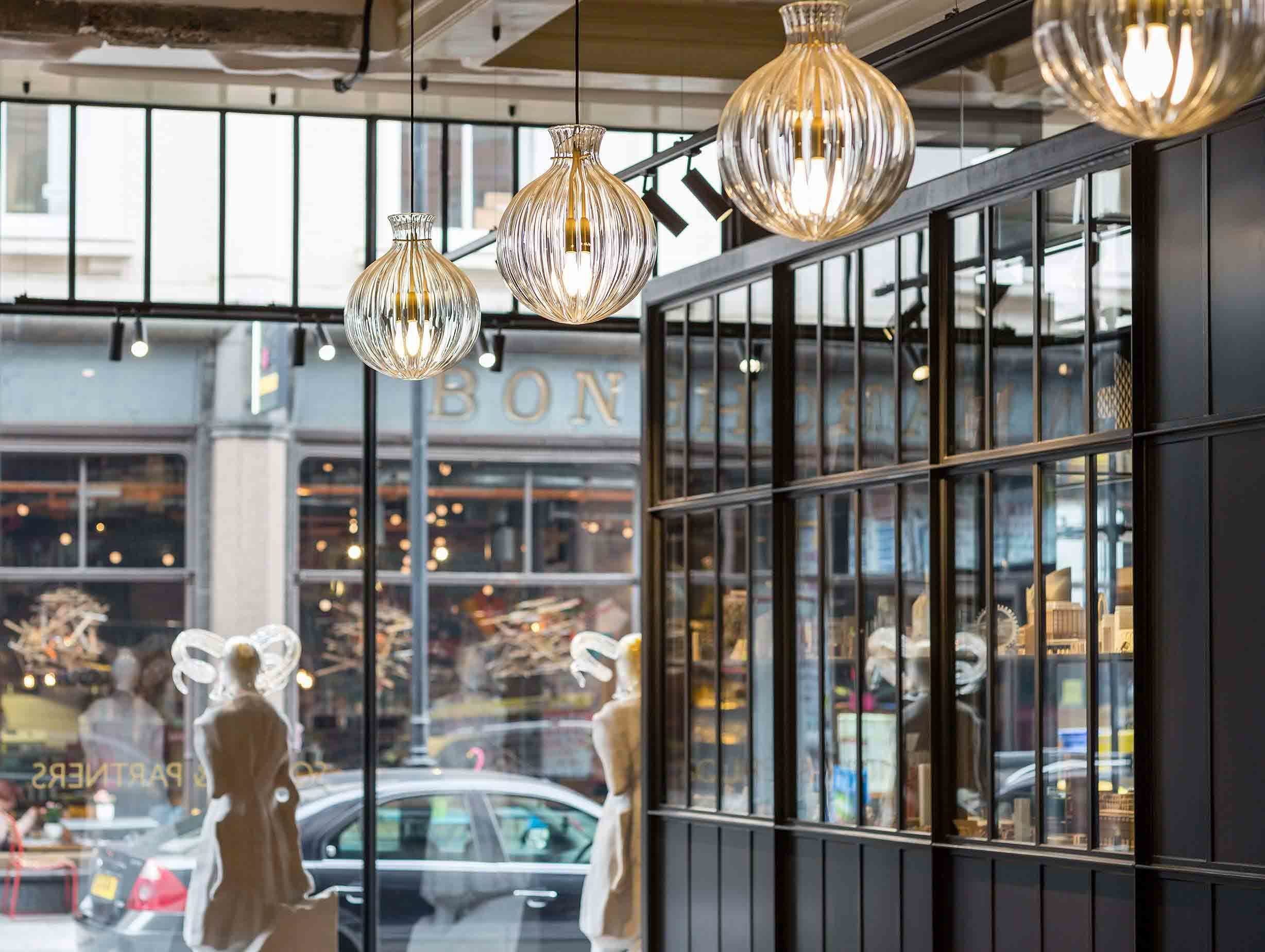 The ground floor of The Department Store is home to several shops and services such as the Pure Vinyl record shop, and the local post office. 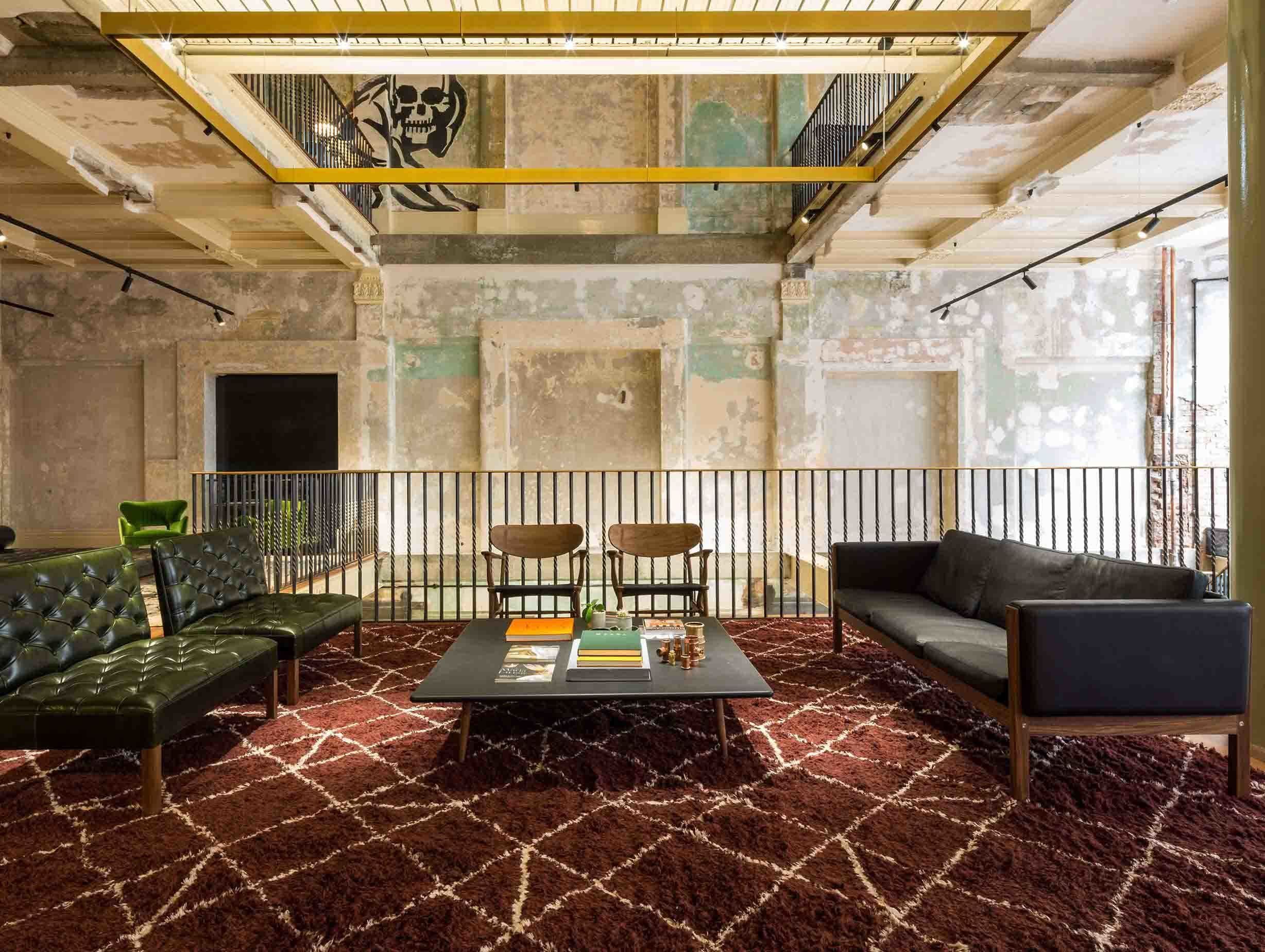 'A series of voids cut through the building to create dramatic volumes and provide vistas between levels'. The rough textures of the walls are complemented by highly textured soft furnishings and leather upholstery that will acquire it's own patina over time. 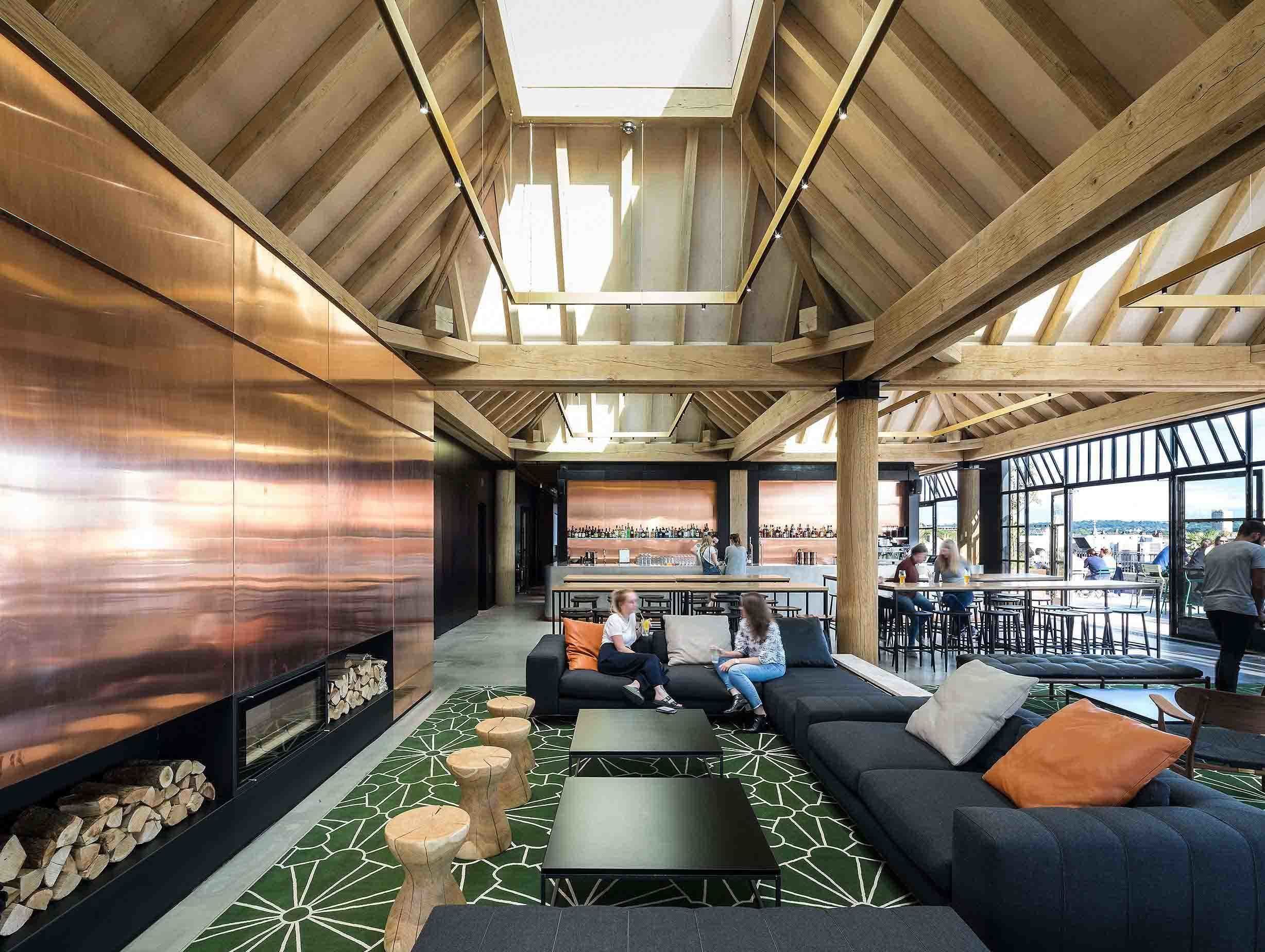 A new rooftop with a crafted glass dome replaced the original Cupola that was too damaged to restore. Squire & Partners used a series of oak framed pavilions clad in copper shingle to break up the space, the copper adding both warmth and capturing the natural light provided by the space. 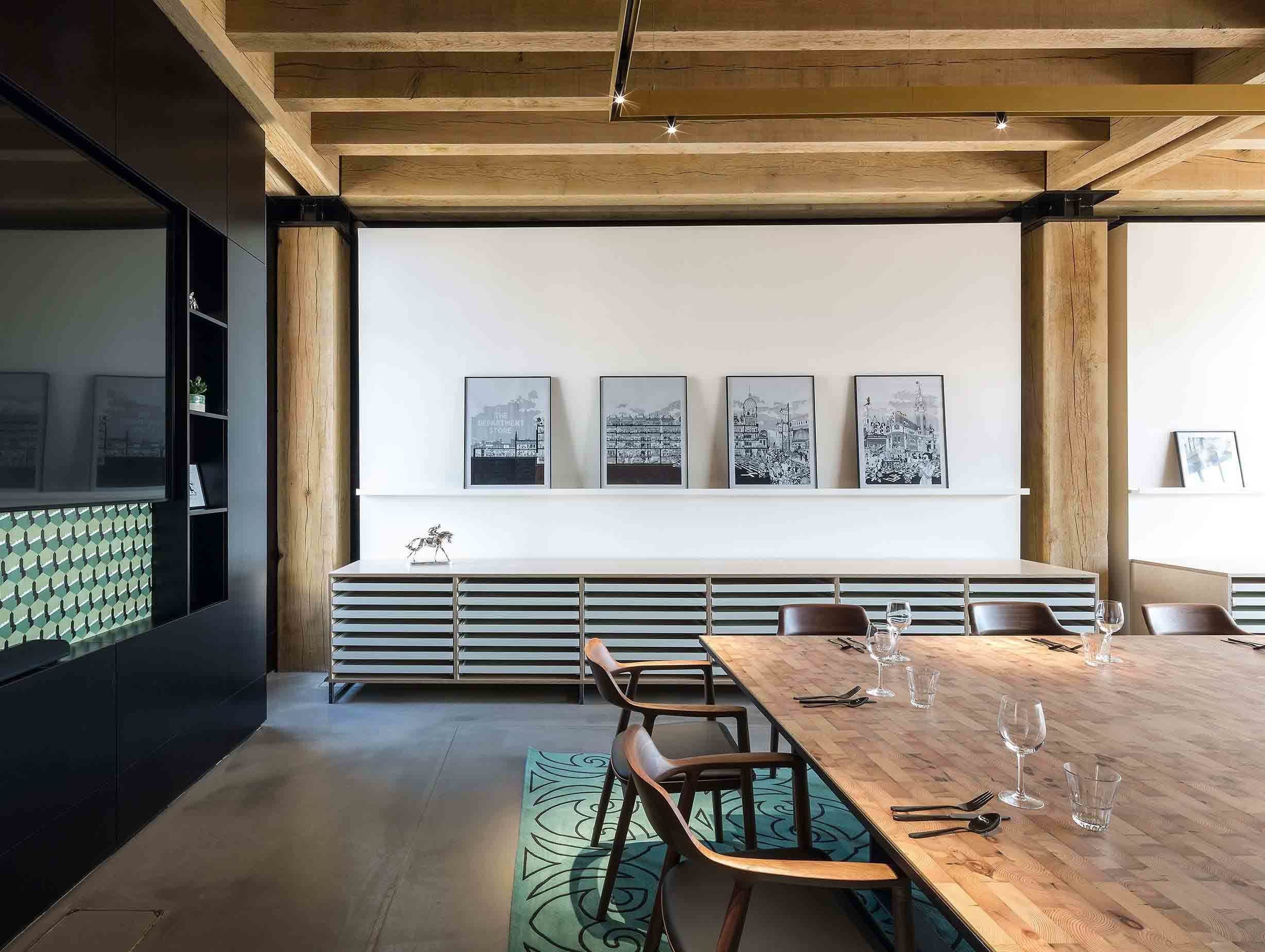 Walnut Hiroshima Armchairs by Naoto Fukasawa are used in the private dining room, creating contrast with the oak beams, their hand finished tactility a perfect fit for this project.

Linea Studio have designed a fresh and engaging space for ISS South Quay Of... Read more

A user-first rethink of the 'open-plan' office for arts organisation Frieze... Read more