Named for Nathaniel Bagshaw Ward (1761 – 1868), a physician and keen botanist who invented a method of transporting plant life across vast distances. His tightly-sealed glass terraria, known as ‘Wardian cases’, allowed ships to preserveliving specimens of the exotic plants they encountered.

The vessels could now return with them to the London Docks, often after journeys that lasted several years. Ward’s creation changed the world: London’s scientists were now able to study tea from China, rubber from Brazil, and vegetation from as far away as Australia.

Ecoworld Ballymore's Wardian development project takes these 'Wardian Cases' and their contents as a starting point for the design concept. Each tower has 'garden sanctuaries' throughout the floors in addition to the roof garden and the 764 flats each with their own full size garden space. The towers also include retail, restaurant and bar areas for residents.

Design practice Amos & Amos were given the task of designing the Wardian 'design cube'. Which comprises of a cafe area, and showcase area for the entire project designed to convey the concept, materials and finishes for the towers. Jaki Amos said, “The Wardian Case presented an exciting challenge. A true departure from the norm, it offered an opportunity to create an immersive space which takes the visitor on an experiential journey of discovery, reflecting the individuality and uniqueness of the Wardian development.”

Design by Amos and Amos 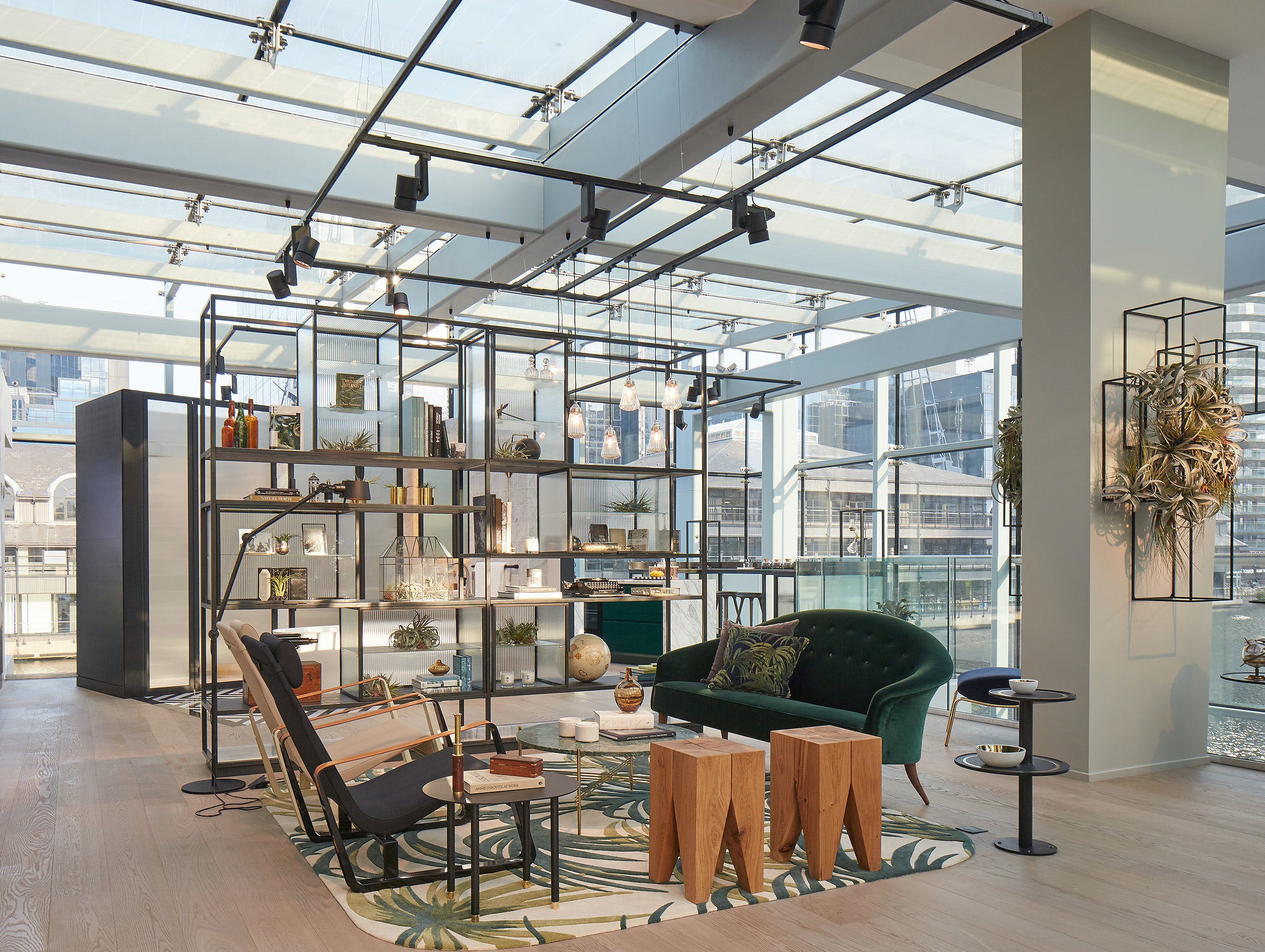 The interior of the 'design cube' is subdivided by custom shelving units inspired by the botanical terraria from which the project takes it's name. The verdant, botanical theme is expanded upon through the soft furnishings and accessories within the space. 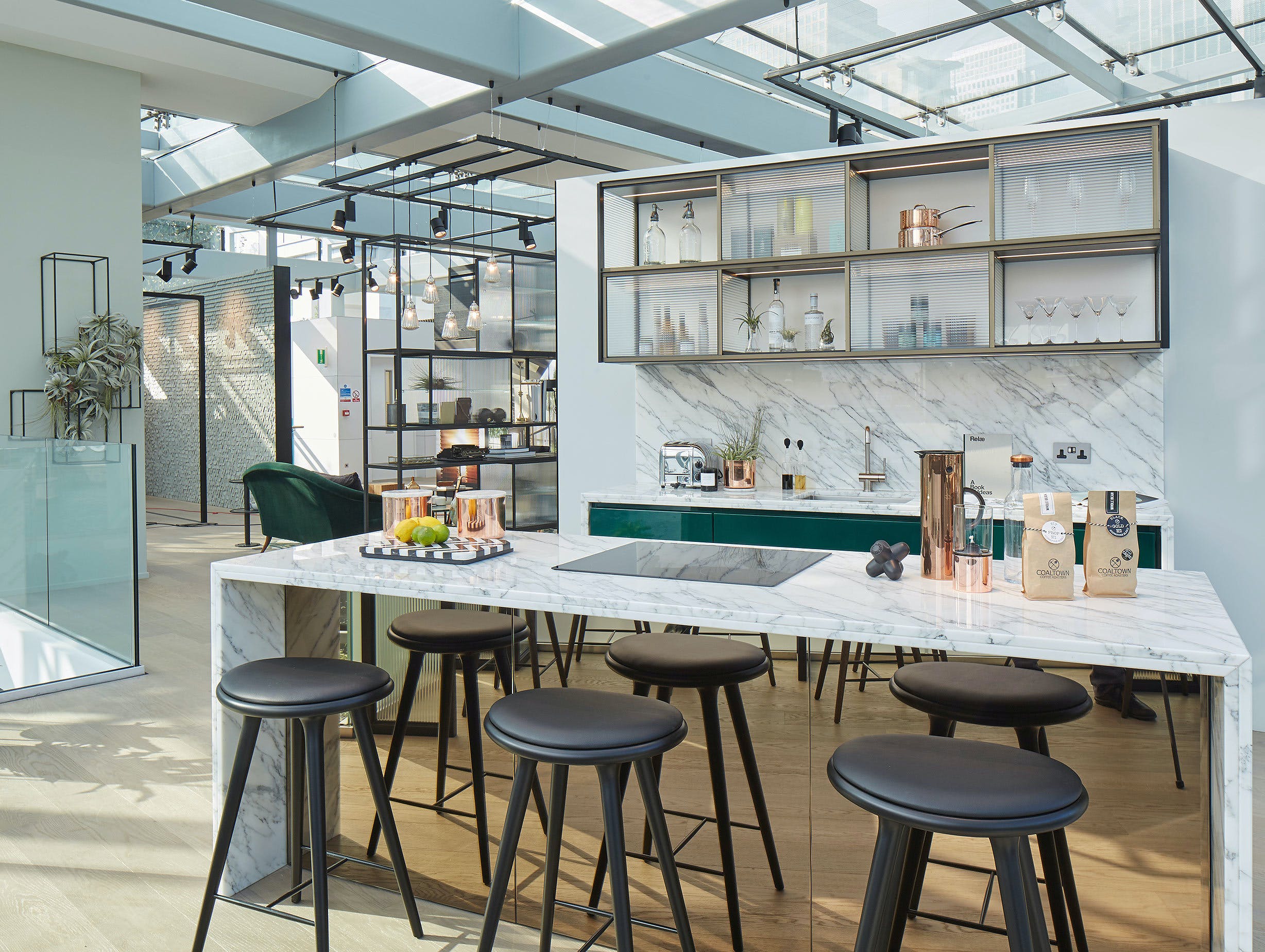 Spacious roomsets were built for visitors to explore, giving a tactile and visual experience of what the eventual Wardian Towers will resemble. 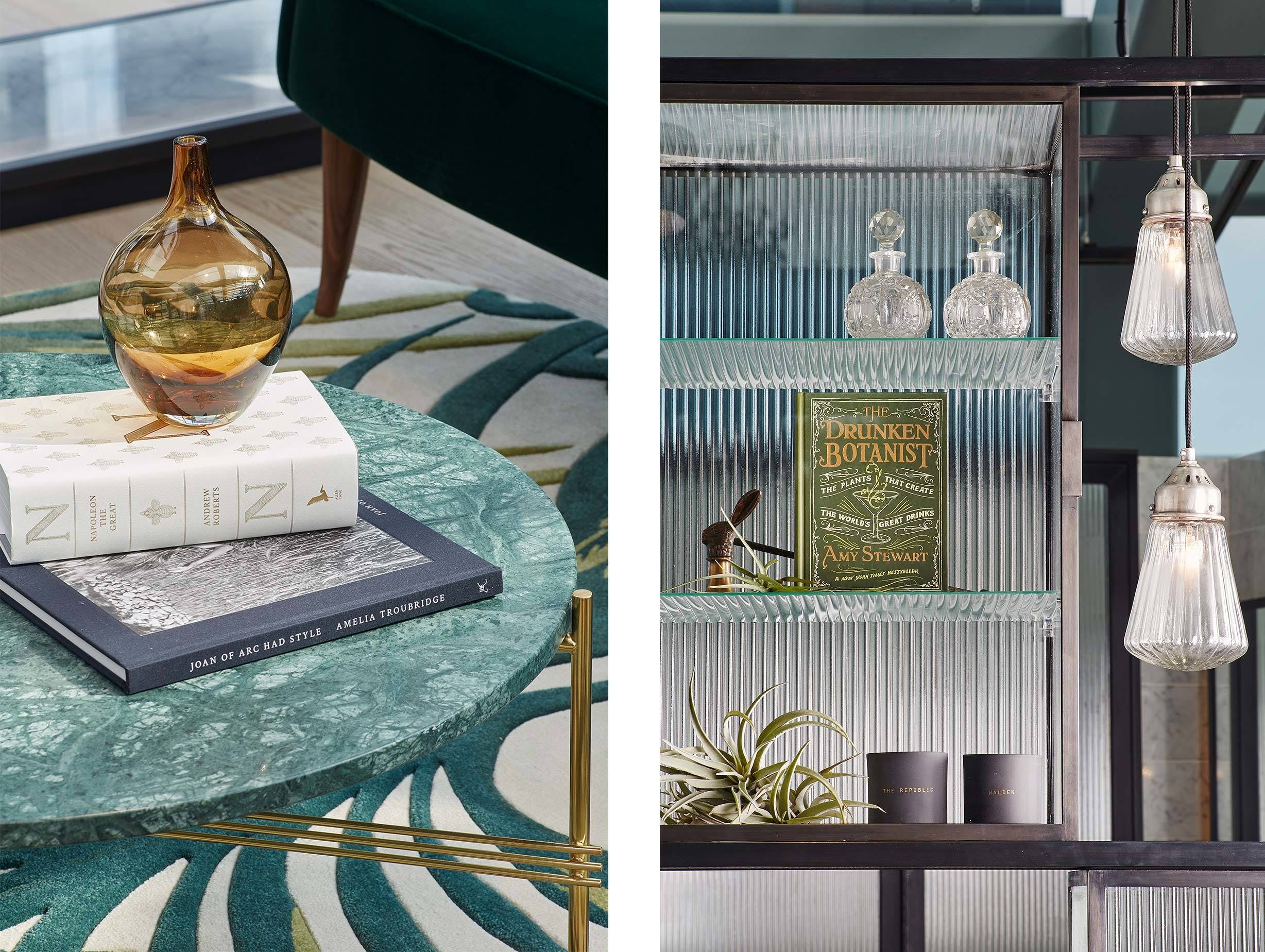 Considered detailing brings the concept to life, as well as the materials palette, such as the Verde Guatemala marble used on the brass framed side tables. 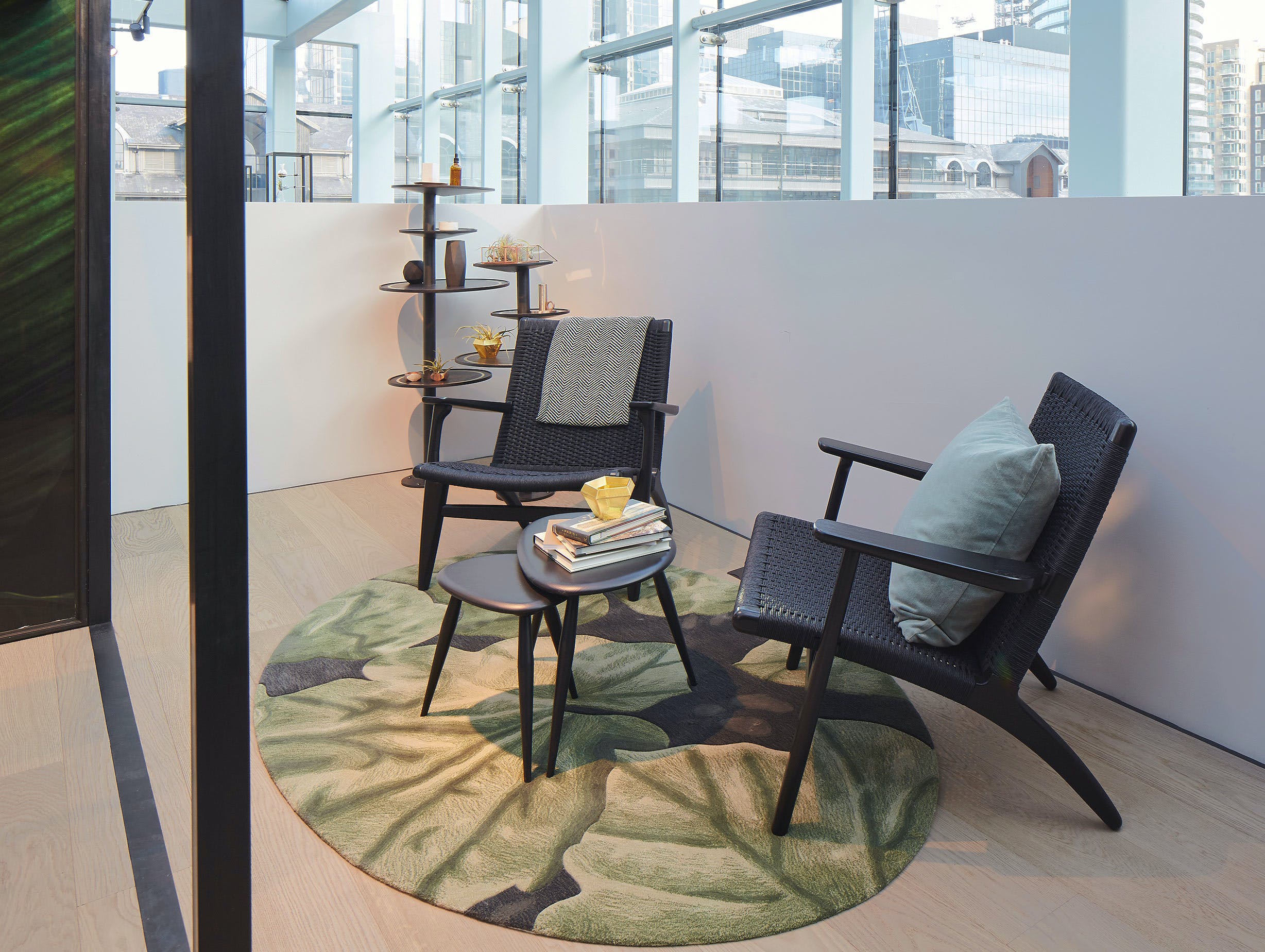 Botanical inspired rugs combined with Carl Hansen woven cord chairs bring a sense of the outdoor to the indoor location. 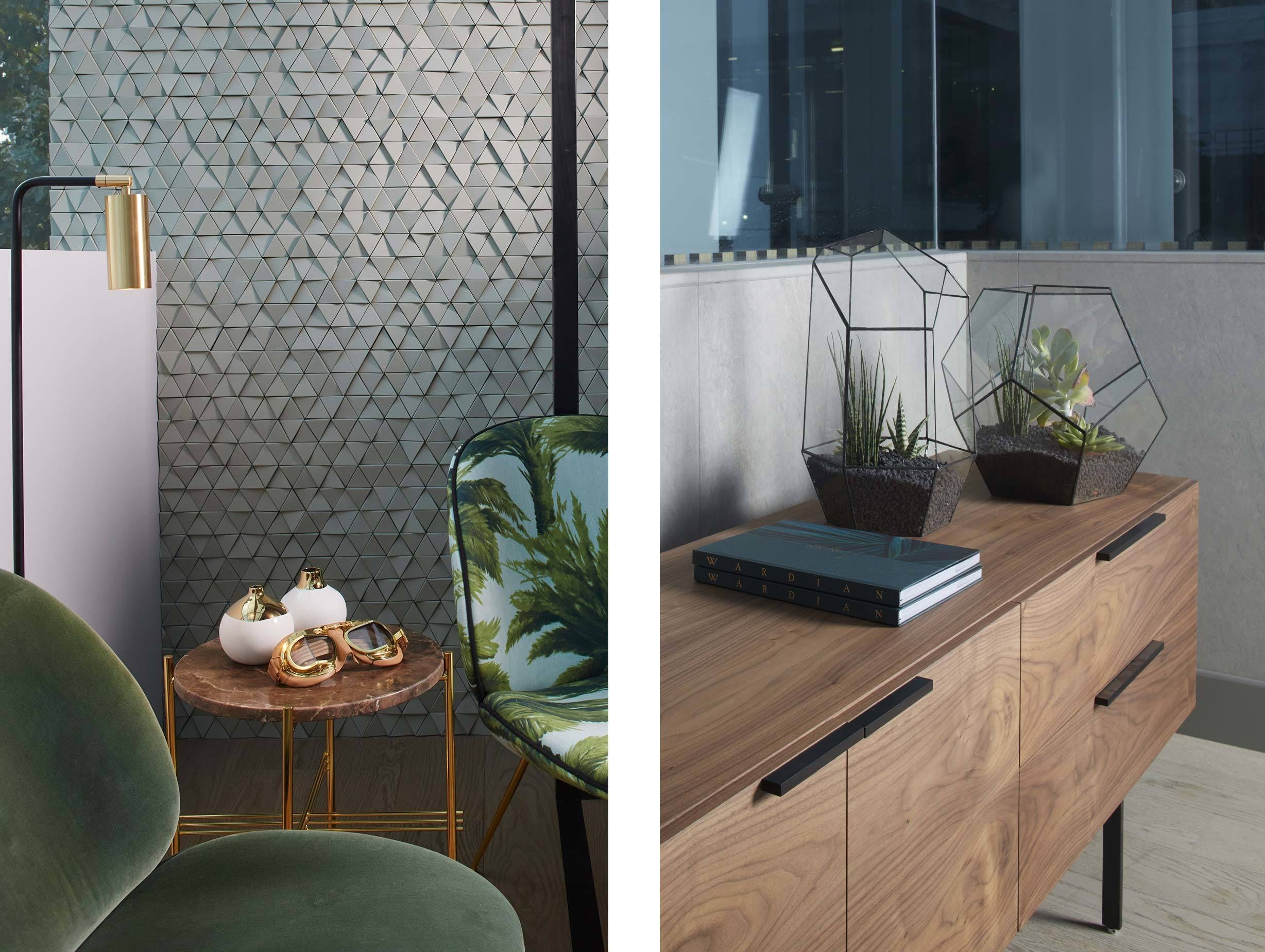 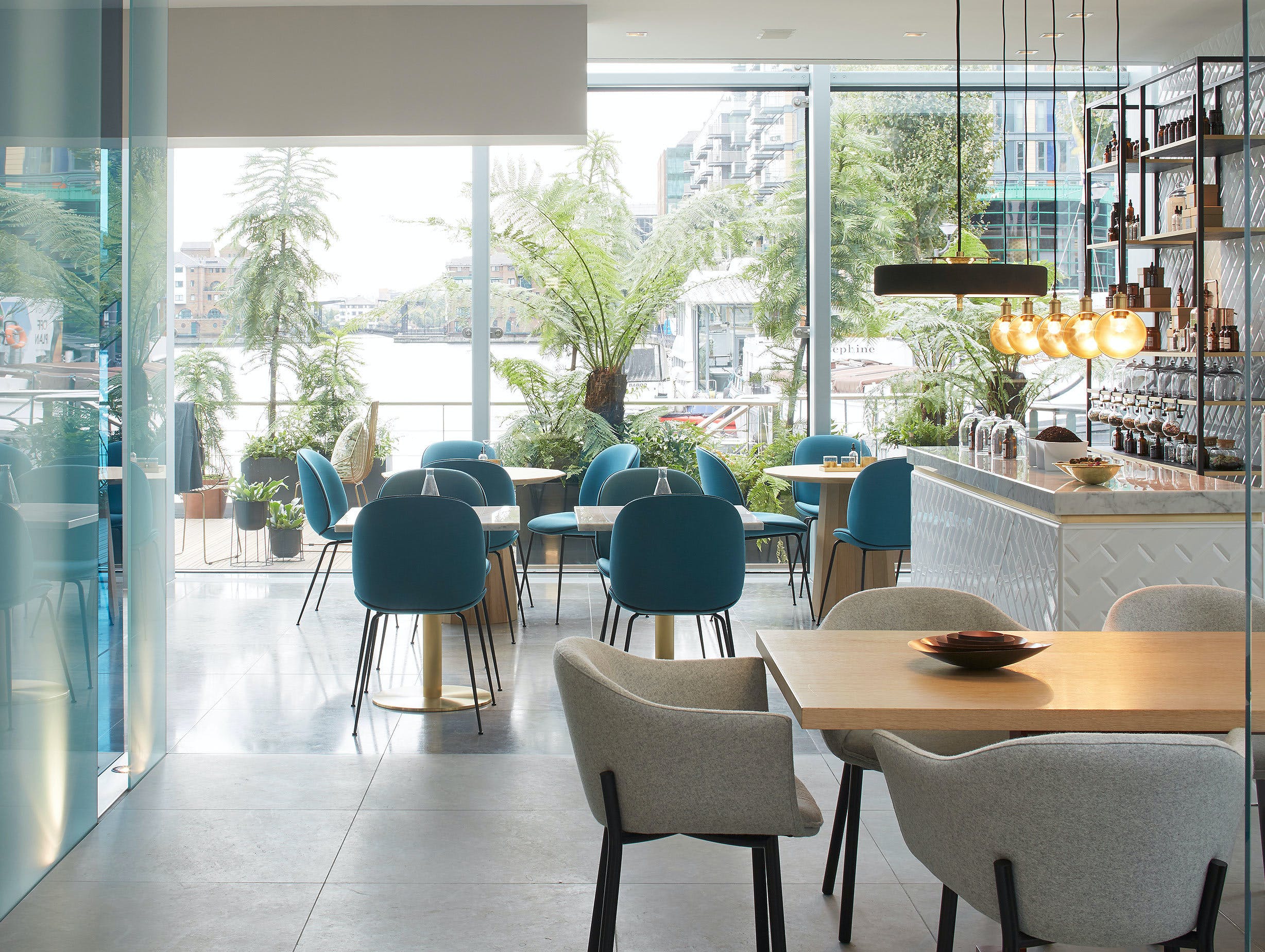 The café area makes the most of the luminescent qualities of the Marble bartop, polished concrete and tiling to reflect the natural light from the glass exterior around the space, creating a sense of spacious tranquility. This lightness of touch is reinforced by the reflective qualities of the brass light fittings and cool blue tones chosen for the organic, biomorphic forms of Gubi's beetle chair. 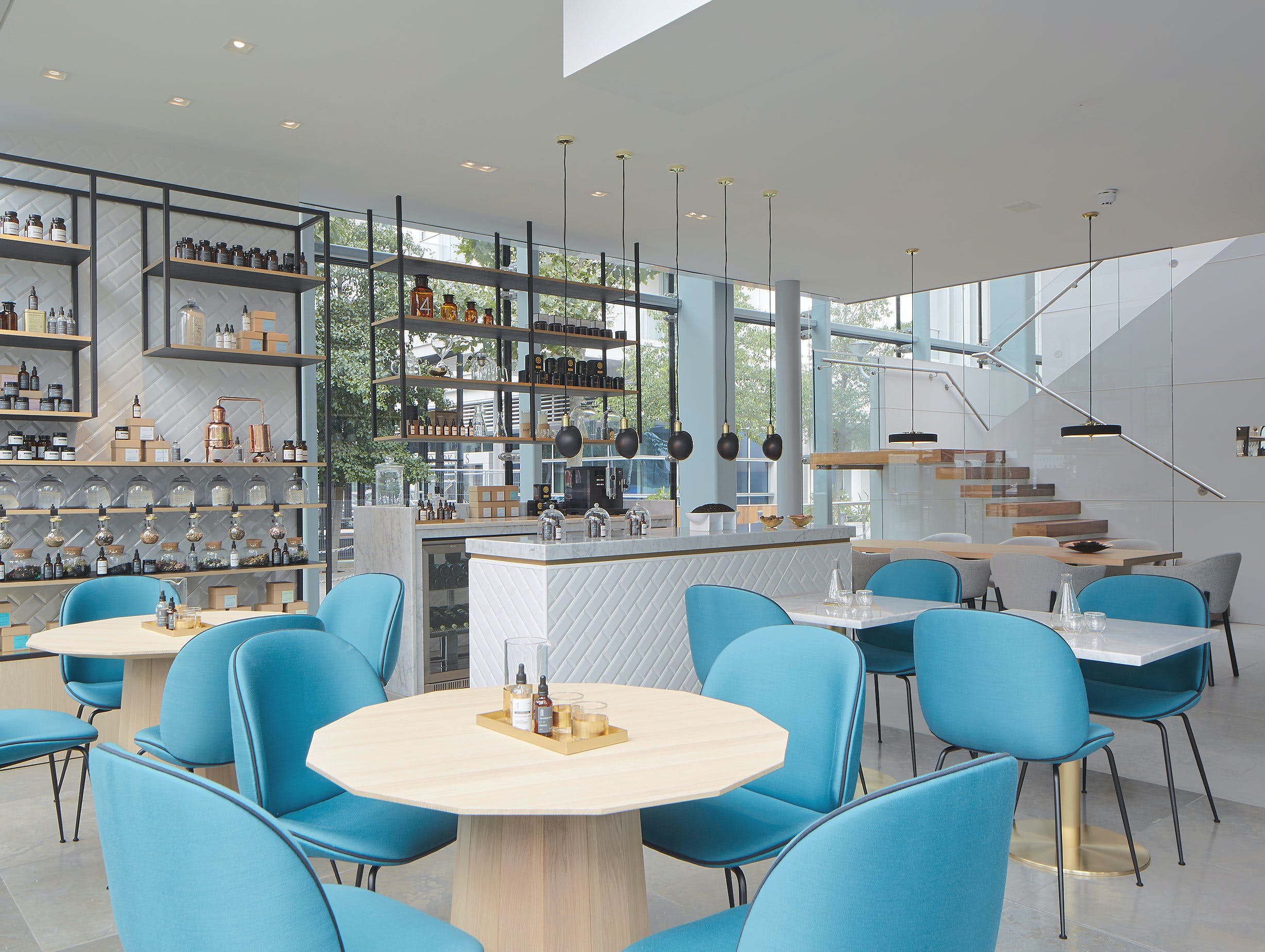 The apothecary inspired bar area is contrasted with the geometric forms of the dining tables and stairwell, blending modernity and the more historical influences of the project. 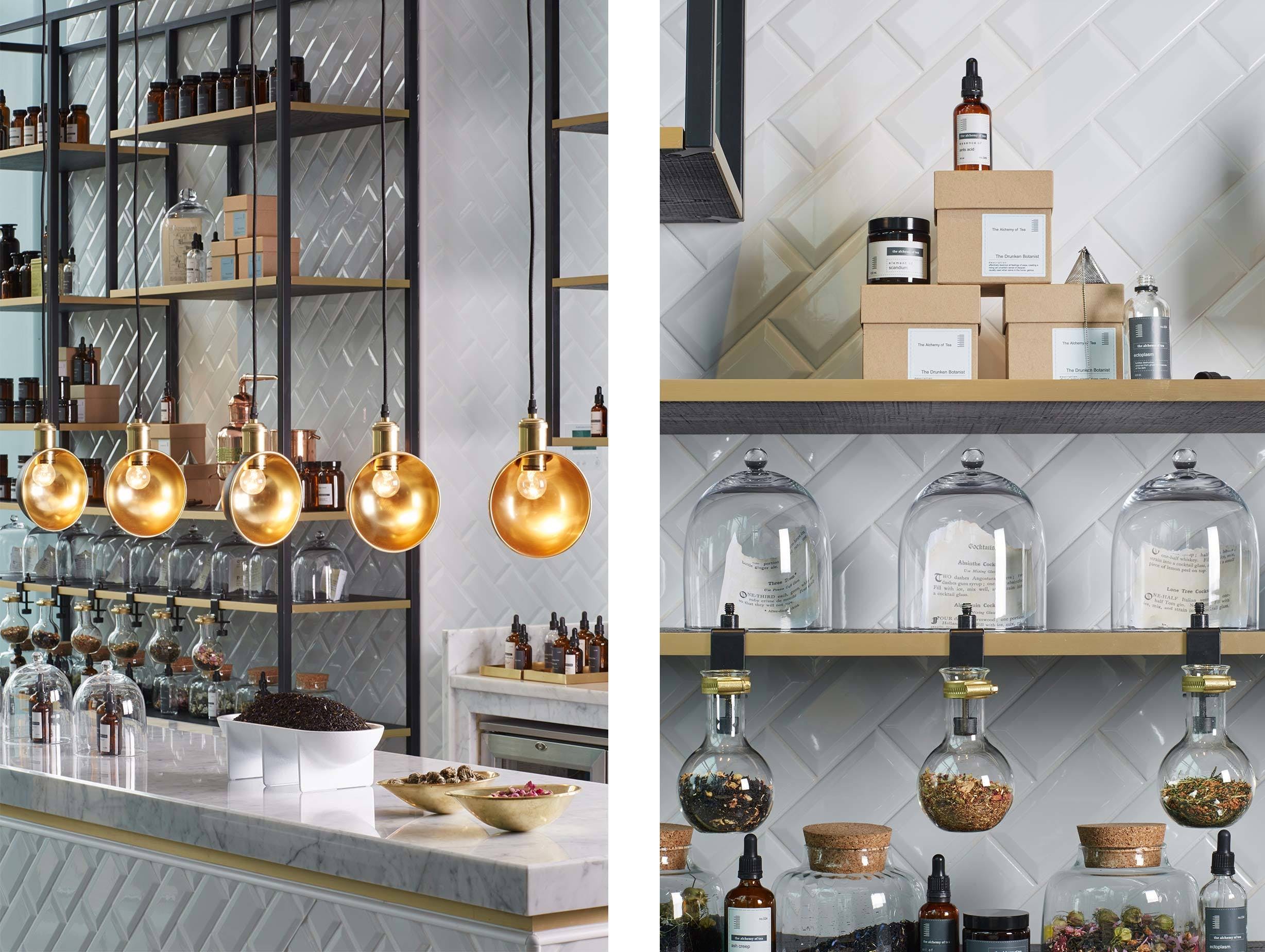 A dynamic refurbishment of an existing office building in heart of the City... Read more