Holland Harvey is the east London architectural practice behind Inhabit, London’s very first boutique wellness hotel that was once a row of heritage-listed townhouses.

We talk to director, co-founder and architect Richard Holland about tackling this unique restoration and how he and his team are navigating the new world of work. 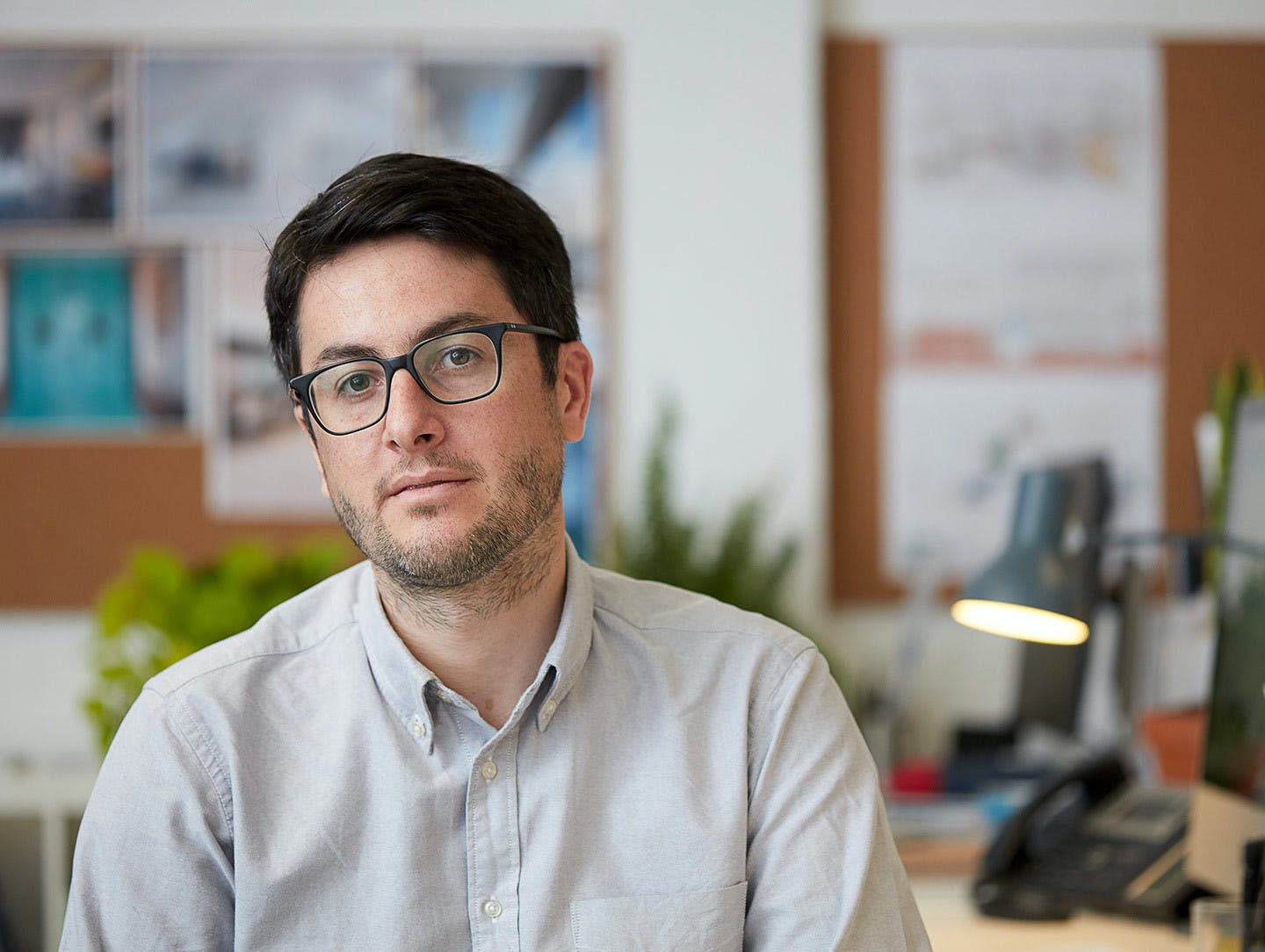 Nestled in a leafy corner of historic Paddington, wellbeing is at the heart of Inhabit’s ethos, providing a calm and restorative space where guests can find some respite from the city. Behind it’s relaxed, Scandinavian-inspired interior is a restoration project like no other, involving the transformation of a row of Georgian houses into a cohesive space and wellness oasis. But the hotel as it stands today is a far more ambitious space than was initially envisioned.

“We had been working with the parent hotel group for many years, and were originally asked to review some designs that had been produced for the refurbishment of this particular site”, says Richard. “Our scope evolved pretty quickly from that point, and we were having really engaging conversations about how we could progressively shift away from the traditional hotel model, towards a more informal guest experience, with wellness at its heart.

The layout of the original hotel had been compromised by both the requirements imposed to create a traditional separation between back and front of house spaces, and the limitations of working with listed properties. By fundamentally rethinking the way in which the hotel could operate, we were able to reconfigure the building to create legible, open plan spaces for guests to enjoy that are heritage-led and sympathetic to the original layout of the Georgian townhouses they inhabit. 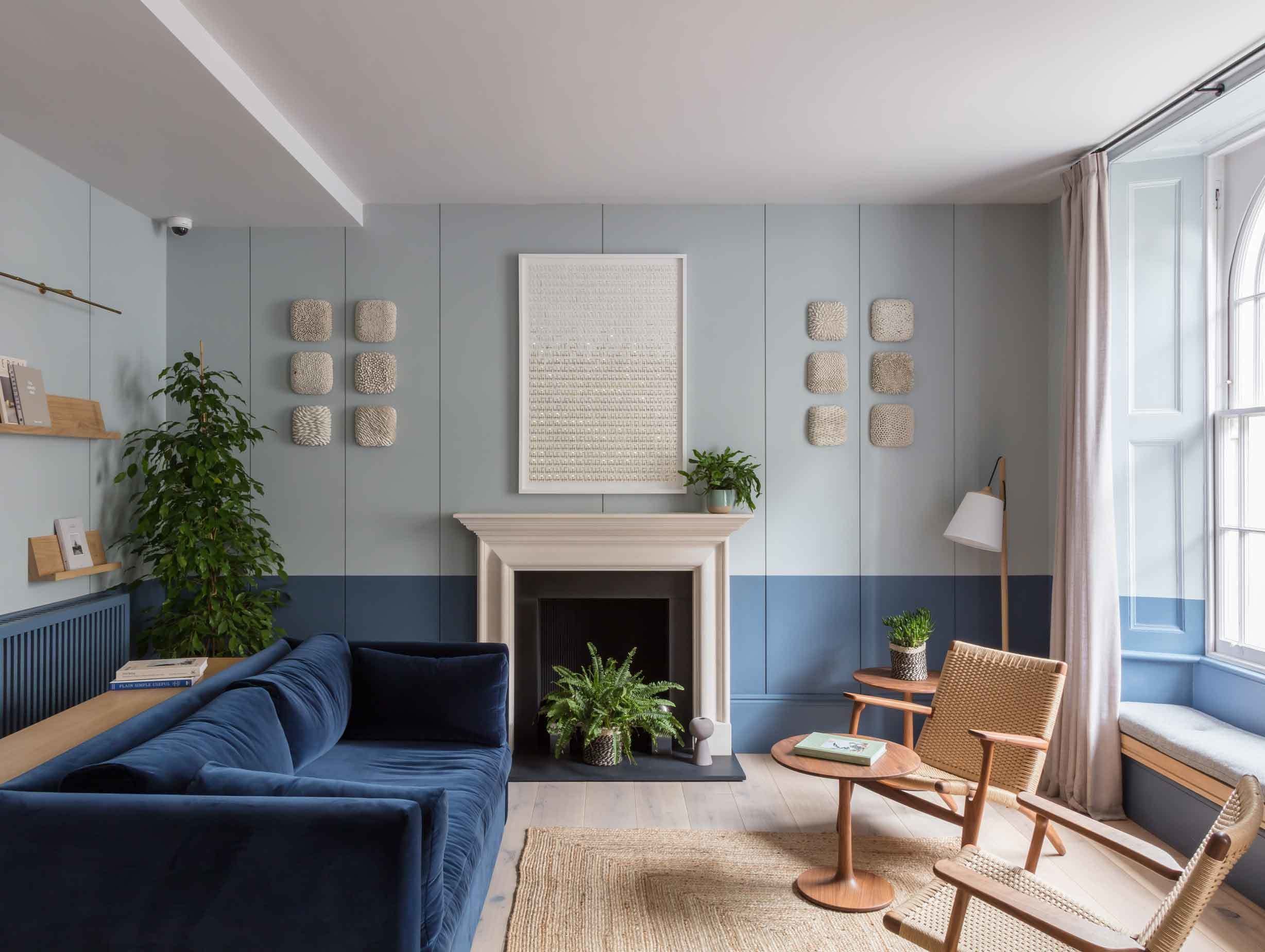 An open kitchen serves a large dining and lounge area with communal seating, whilst a more intimate snug and library provide more secluded spaces. For breakfast, the servery that was designed to feel like a kitchen island that guests help themselves from.

The reception area also has a domestic feel, and the whole experience is designed so that guests feel at home - back of house functions are concealed behind hidden doors, or within the basement.

Working with listed buildings was probably the most challenging aspect of the project – reconfiguring the plan to create spaces that flowed and allowed the hotel to function in a more fluid, relaxed manner. The concept is relatively new, essentially we have created a scaled up guest house, so making sure that we paid attention to the details was critical to its success.” 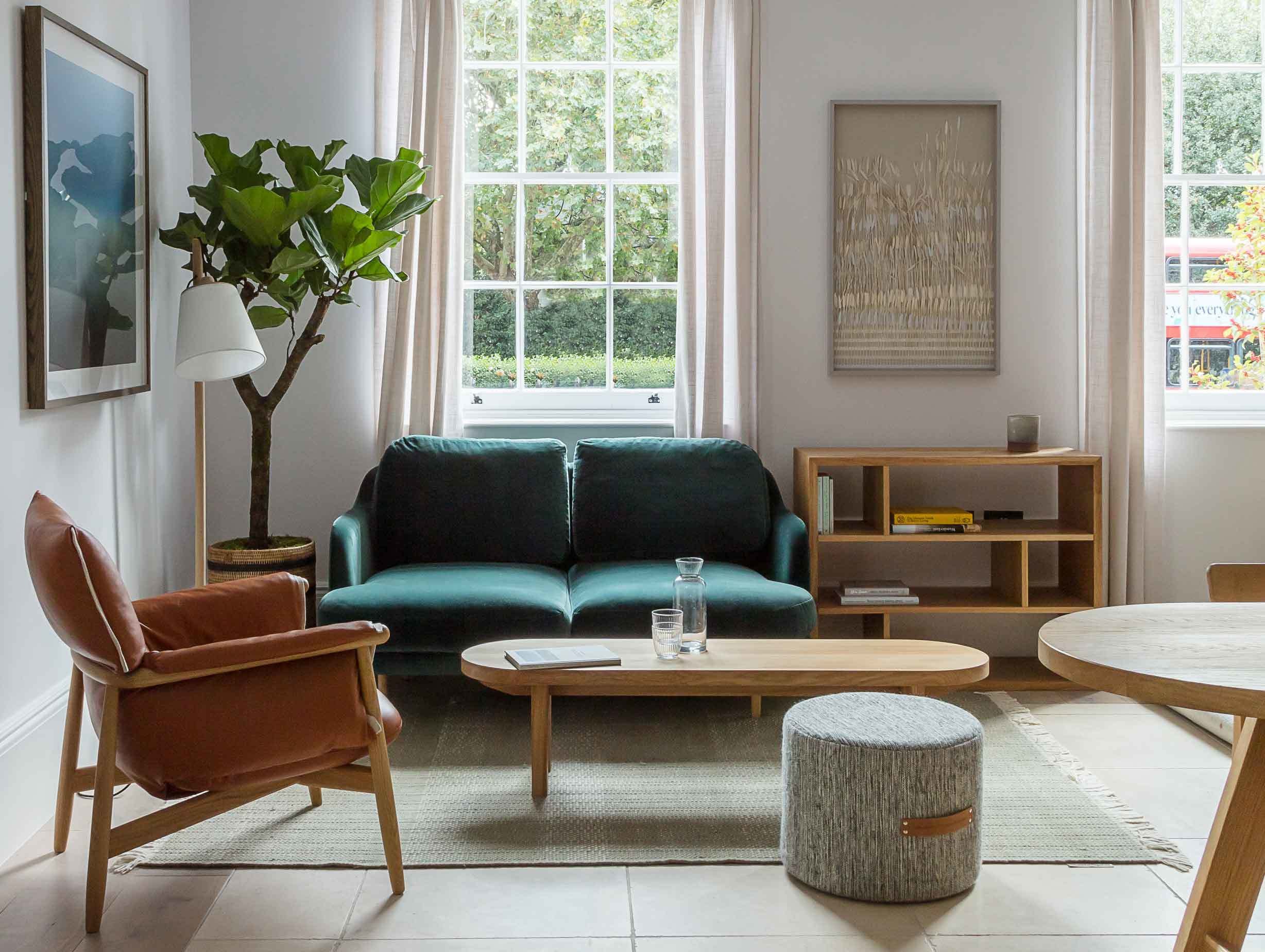 As well as the hotel’s more practical considerations, Holland Harvey had to also acknowledge the brand’s core focus on sustainability. Enlisting the help of Viaduct to source socially conscious furniture, Holland Harvey’s commitment to the cause can be seen in every one of Inhabit’s 88 rooms and communal spaces.

“The most sustainable building is one that already exists! So it was a real pleasure to have this as our starting pointing. Sustainability is not just about environmentalism, we also explored the socio-economic impacts of our design decisions from ensuring that materials were responsibly sourced, to using suppliers and technologies that reinforced the hotel’s sustainability credentials which are very much a key component of its brand.

We have some really lovely pieces such as the Carl Hansen & Son CH25 Lounge Chair and Fly Sofa by Space Copenhagen – they both create really cosy corners for guests to escape to, and are modern classics. Some of the signature pieces were actually designed by us and manufactured by the Goldfinger Factory – a social enterprise based in Erno Goldfinger’s iconic Trellick Tower who help young people from disadvantaged backgrounds learn joinery skills through apprenticeships and corporate partnerships. They also have a zero waste policy, and make products that they sell through their showroom to support their programme.

I think the communal table in the lounge is my favourite piece by them, and perfectly complemented by the CH23 Dining Chair in oiled oak.” 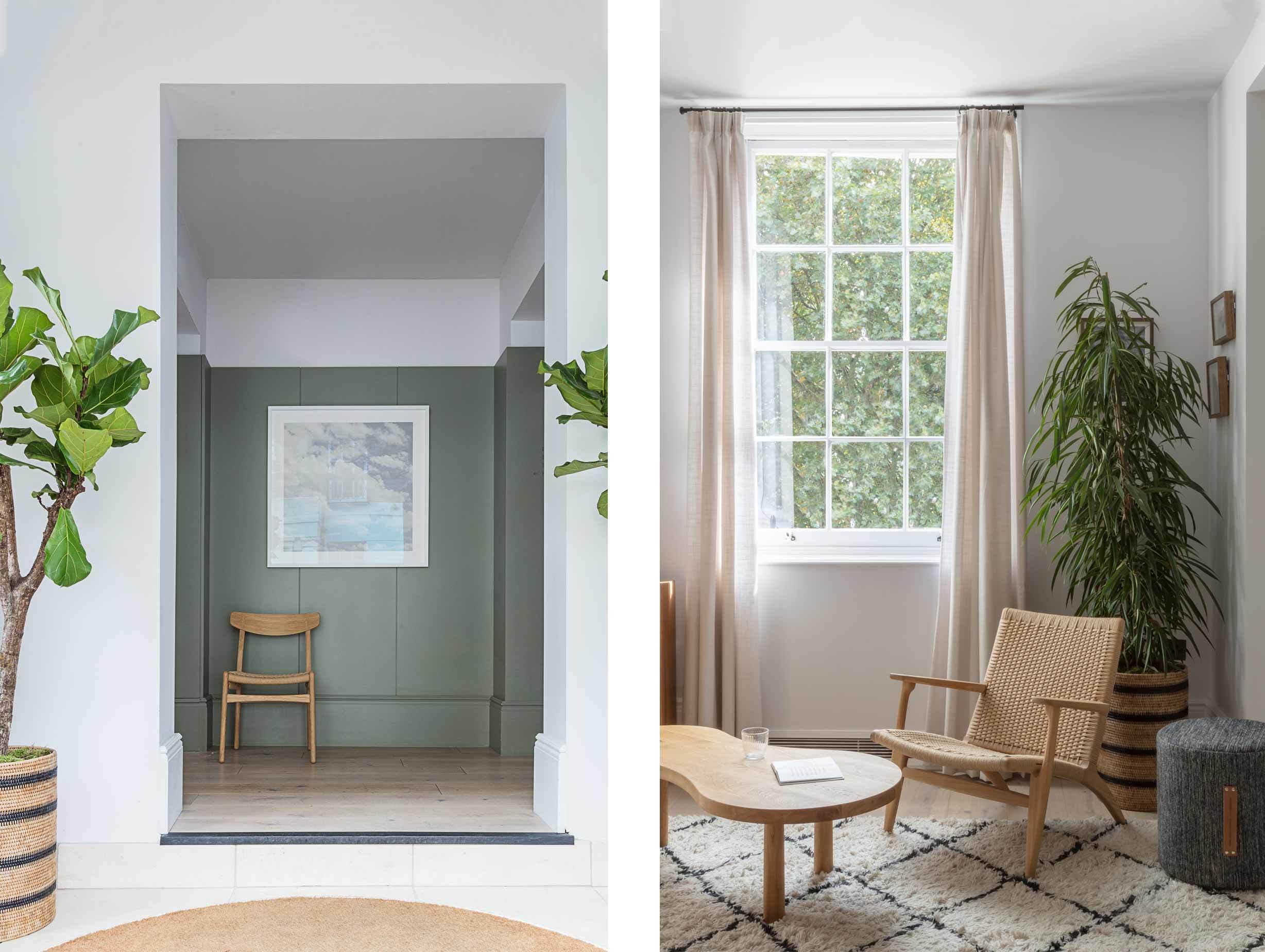 Inhabit project, the CH25 Lounge Chair is one of Richard's favourite pieces from the project.

Given Holland Harvey’s past work, the inclusion of this social enterprise should come as no surprise. Showcasing an exciting mix of commercial and social projects, the practice’s portfolio features a number of newsworthy builds, perhaps most notably their 2019 endeavour, Shelter from the Storm. Transforming a disused London supermarket into a warm and welcoming shelter, the project provides 42 beds for the homeless alongside freshly cooked meals and rehabilitative support.

“Our company was actually founded on the notion of encouraging social impact in architecture. The precursor to the studio was an organisation which promoted the idea that architectural practices could pledge 1% of billable hours to third sector clients, as an alternative to the prolific competition culture within the industry. We wanted to find a way to help those in need who may not ordinarily have access to architectural services – Shelter from the Storm was our first real test-bed for this idea, and we are currently working on a similar project with Peabody and a social enterprise called Cook for Good.” 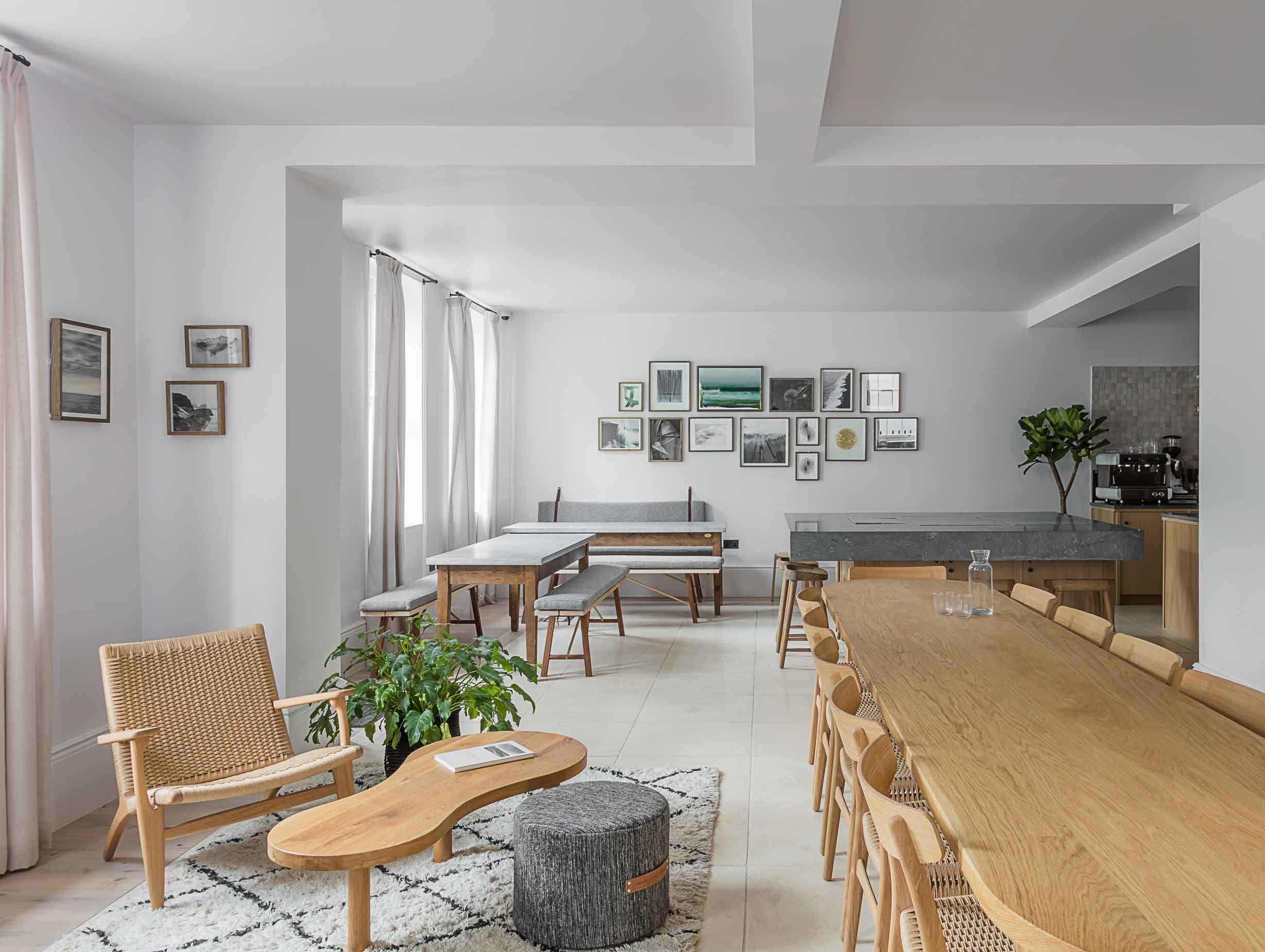 But for now, at least, some of the practice's other projects are on hold. And as is the case with countless companies the world over, Holland Harvey has had to quickly adapt to new ways of working in these uncertain times.

“Our studio is now working fully remotely. We are heavily focused on the hospitality industry so there was always going to be an impact to our work, but we are lucky enough to have a great team, clients and project pipeline to keep us busy. We will be here to support our clients once the restrictions are lifted and life starts to return to normal. 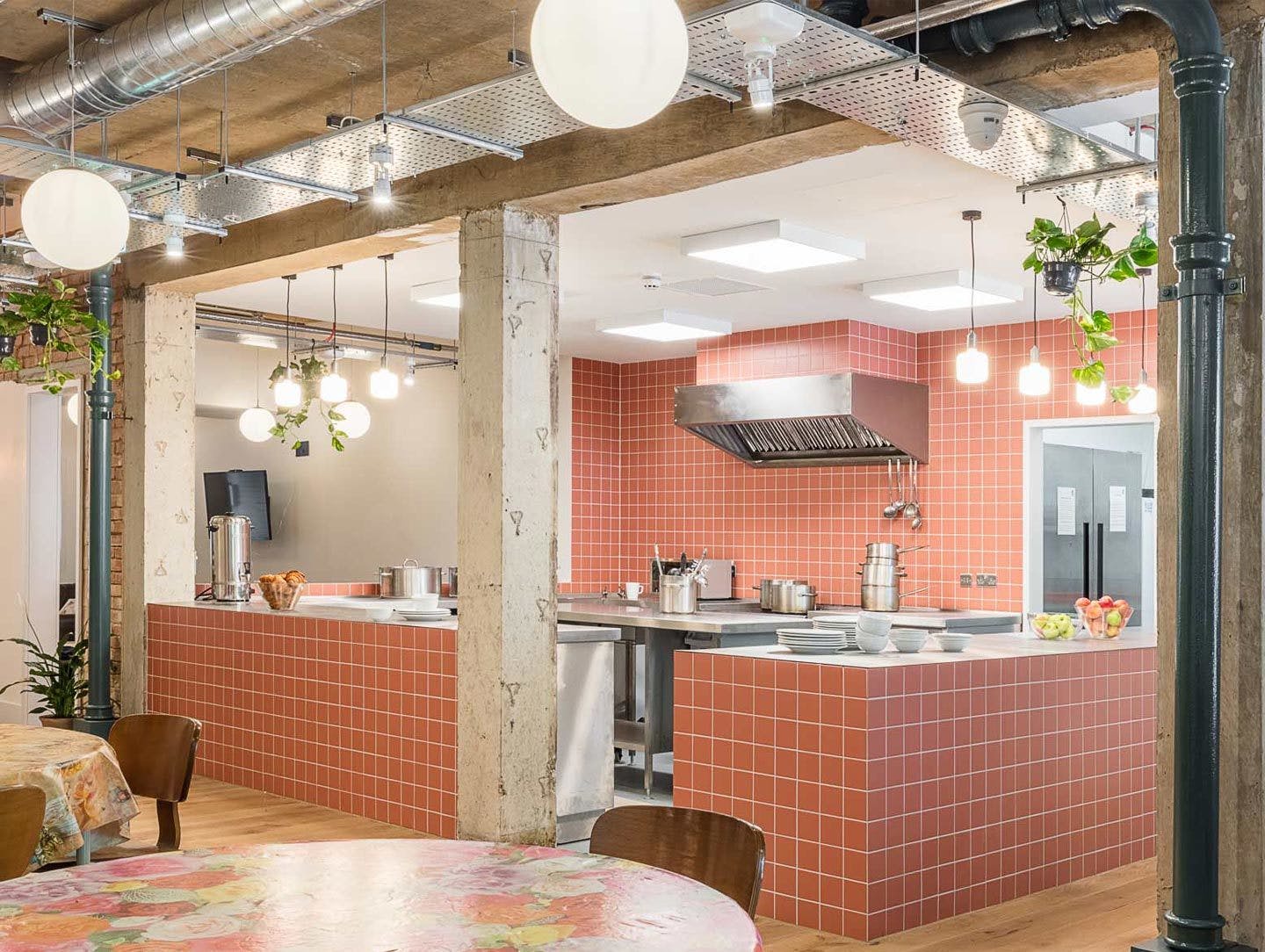 Shelter from The Storm

I think this new way of working will have a long term impact on our industry. Everybody has had to learn how to use video-conferencing, share information digitally and collaborate remotely – hopefully in the future this means less travel, less printing and more effective communication: all positive things.

Working from home is challenging, and can feel a bit isolating, but it is fantastic seeing the work still being produced – I think perhaps people are even more focused and motivated than usual, everybody is really pulling in the same direction.

We have been working hard in the background on Inhabit 2, which we hope will be going on site once the restrictions are lifted. It is a much larger building, albeit in a similar context, so we are excited to scale up our ideas and explore some new ones! Watch this space…”

All photography by Nicholas Worley.

Products mentioned in this article: 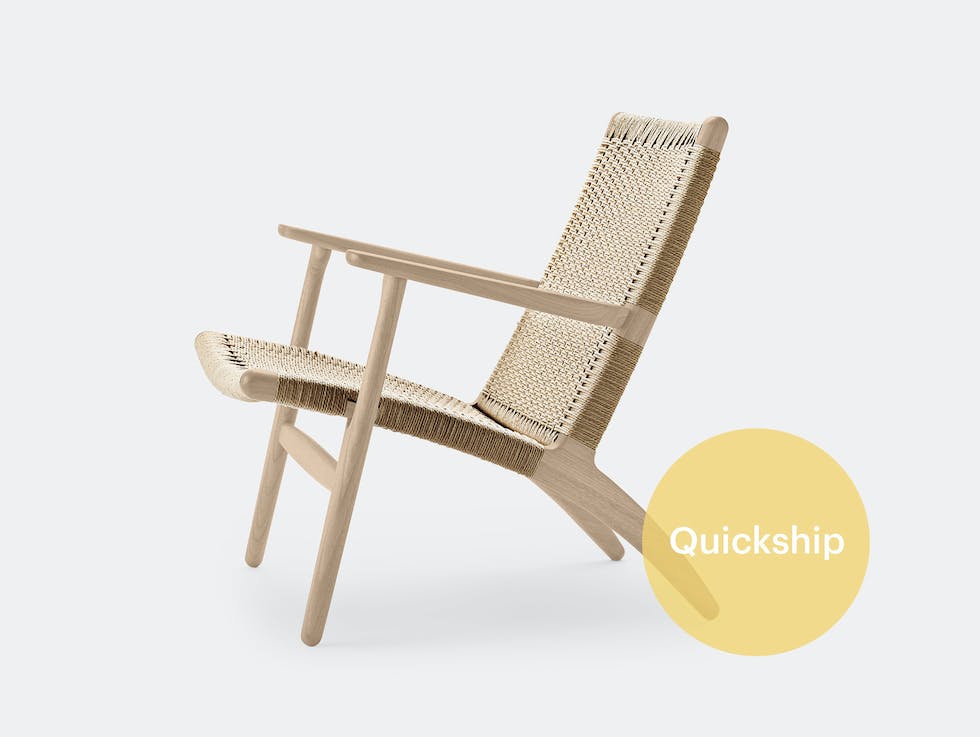 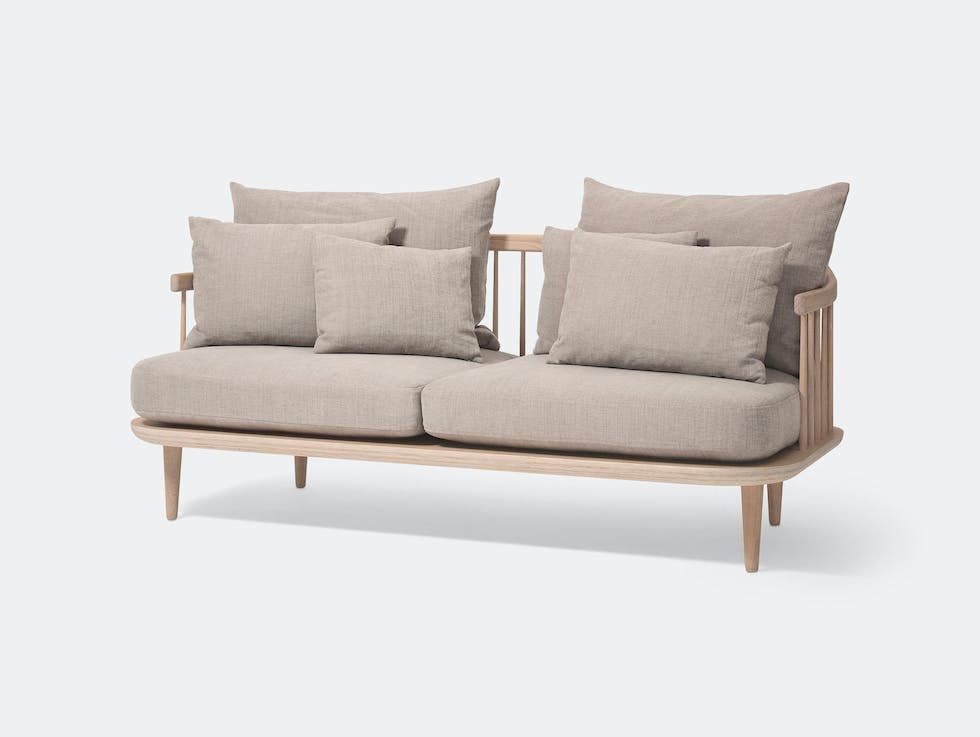 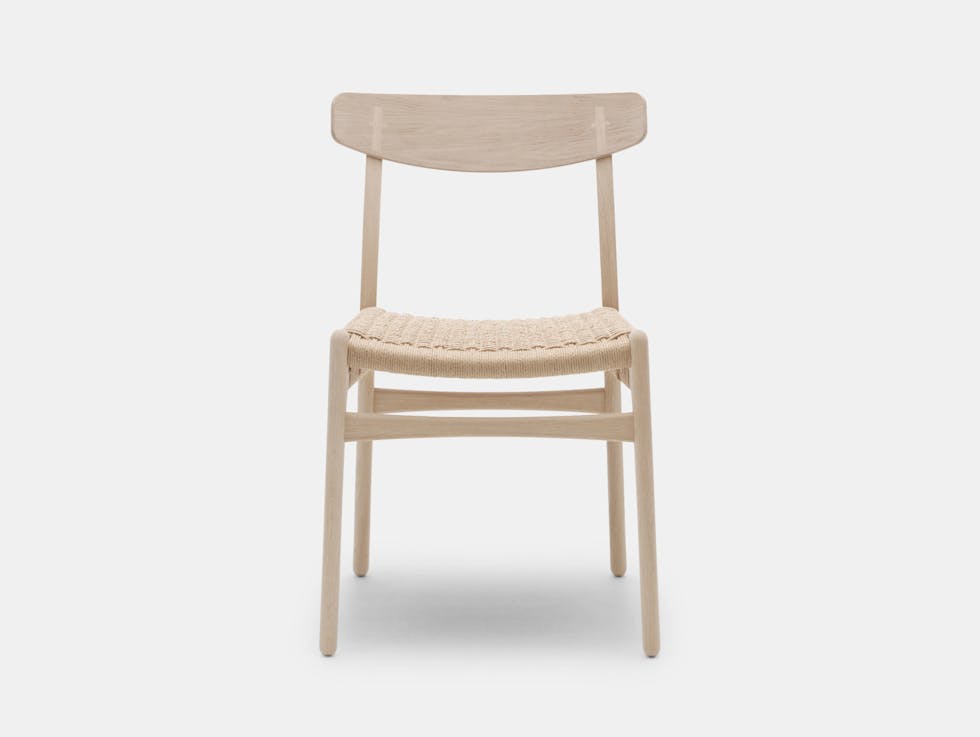 One of Carl Hansen's most distinctive armless dining chairs, the CH23 features a number of recognisable Hans Wegner details

We talk to Muller Van Severen about their love of humble materials, acts of... Read more

We visit Studiomama's Nina Tolstrup and Jack Mama at their home in East Lon... Read more