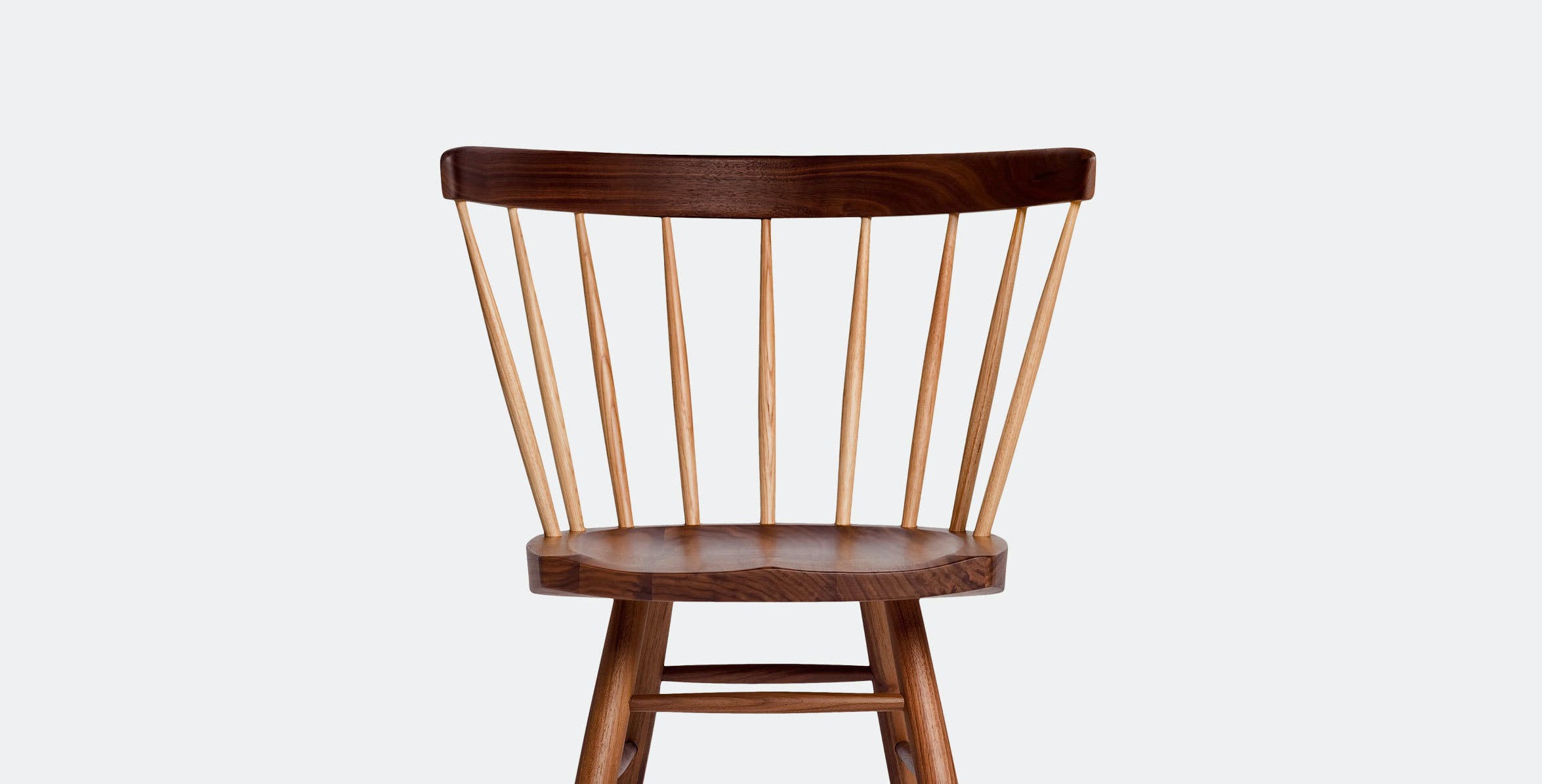 "In Japanese, kodama, the 'spirit of a tree,' refers to a feeling of special kinship with the heart of a tree. It is our deepest respect for the tree.. that we may offer the tree a second life." - George Nakashima

George Nakashima (1905-1990) had a true passion for woodworking, his talent and affinity for the material can be seen in every piece of furniture he designed.

Nakashima studied architecture at the University of Washington, Seattle, the Ecole Americaine des Beaux-Arts Fontainebleau in France and at the Massachusetts Institute of Technology. During the Second World War, he was placed in an internment camp in the United States. It was here he discovered his love of wood, learning traditional Japanese woodworking skills from an elder fellow internee.

He became a leading figure in the American craft movement, his design philosophy rejected modernism and he instead produced work that was mindful of traditional American craft techniques. Two of his designs were put into production in the 1940s by Knoll; the Splay Leg Table and the Nakashima Chair.

During his career, Nakashima received the gold medal for craftsmanship from the American Institute of Architects, the Hazlett Award, and, in 1983, the Order of the Sacred Treasure — an honour bestowed upon him by the Emperor of Japan. He also created the Nakashima Foundation of Peace in 1984. Currently housed in the Minguren Museum in New Hope, Pennsylvania. Nakashima wanted to craft ' six Altars—one for each Continent. It will be a symbol, a token of man’s aspirations for a creative and beautiful peace, free of political overtones; an expression of love for his fellow man.' 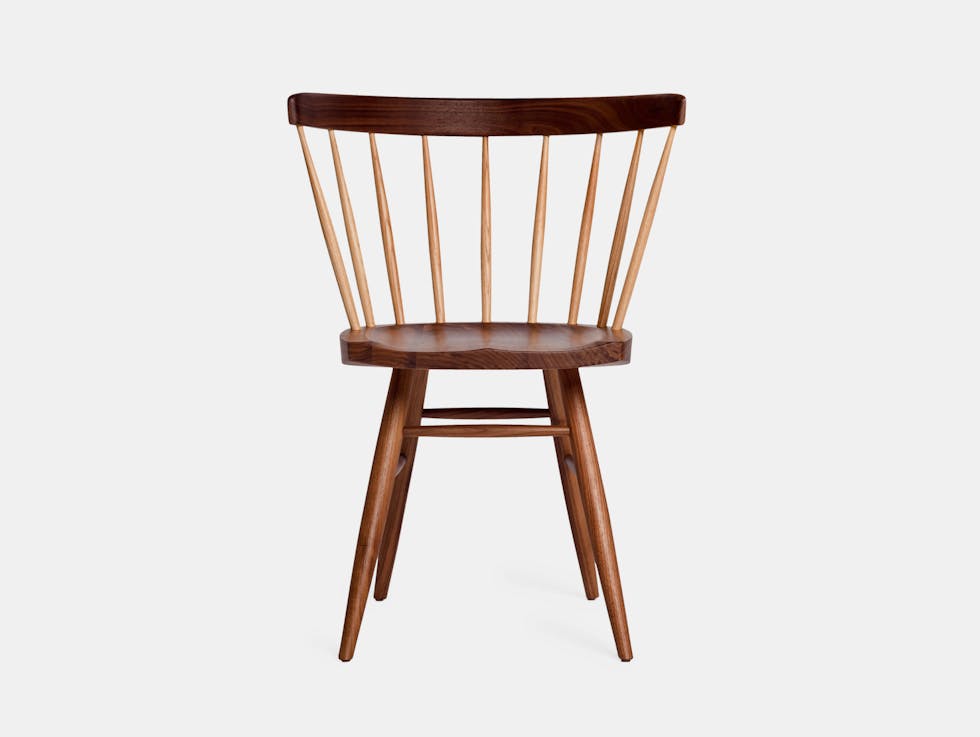 The Straight Chair from Knoll is George Nakashima's Modernist take on the traditional Windsor chair with the designer's characteristic sensitivity to material. 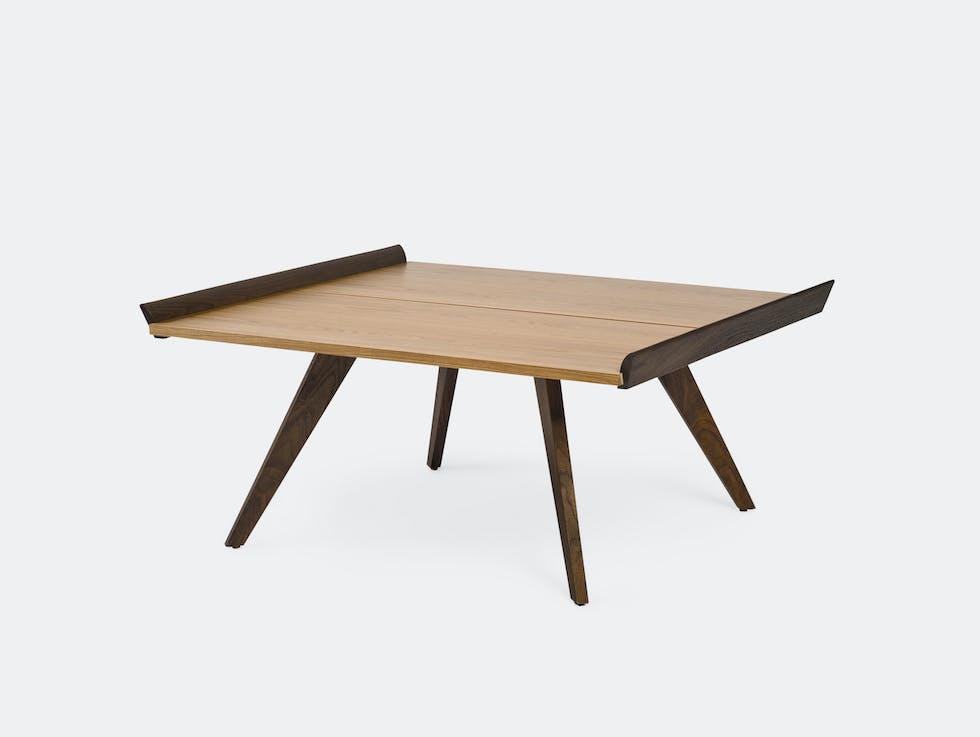