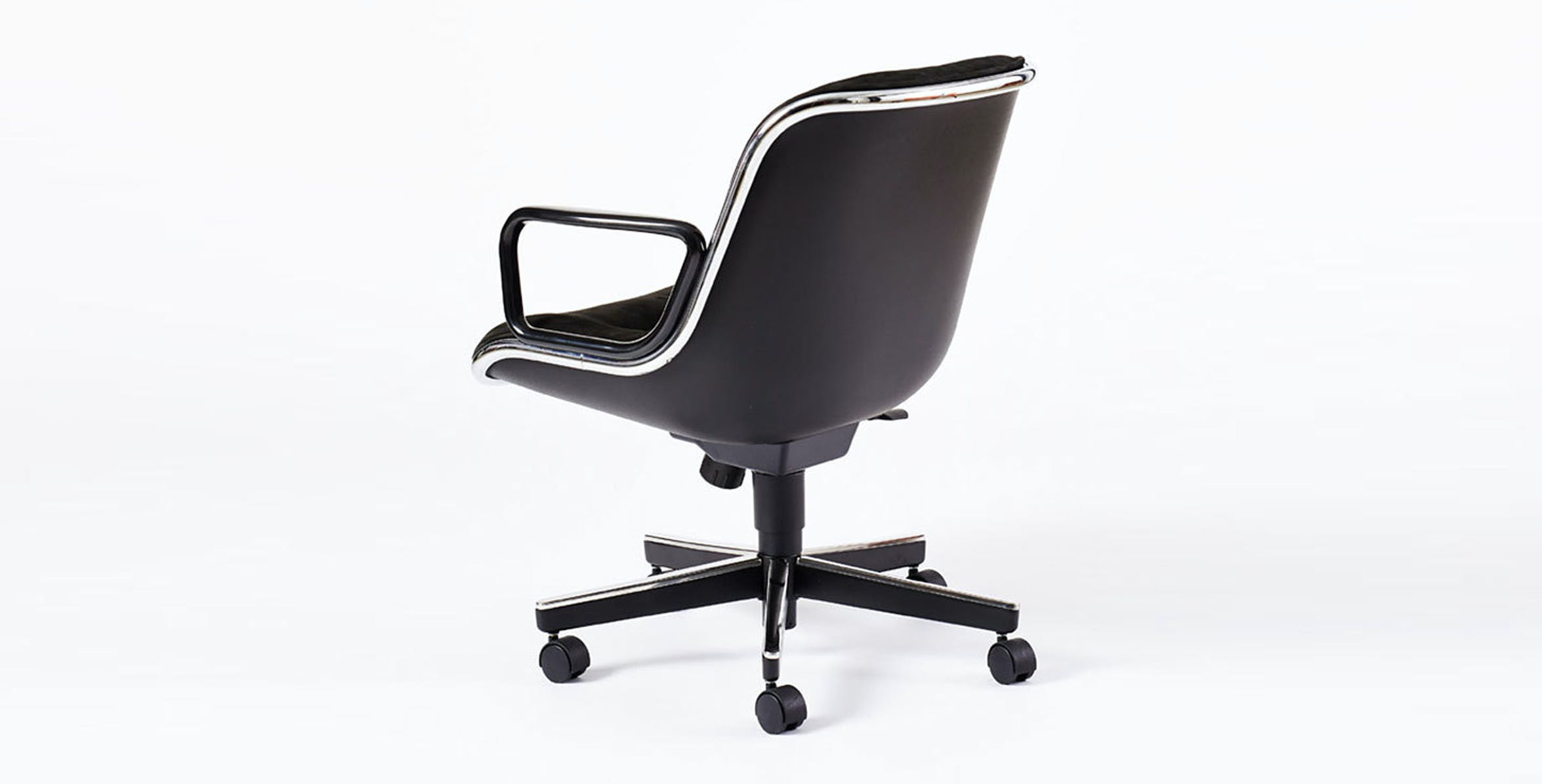 “A chair, it’s like a sculpture. It starts as a thought, and then becomes an idea, something I might think about for years. When the time is right, I express it on paper, usually as a simple line in space. Finally, it takes shape.” - Charles Pollock

Designer Charles Pollock (1930-2013) worked alongside mid-century American greats including Eero Saarinen, Charles & Ray Eames, George Nelson and Florence Knoll. Born in Toledo, Ohio. His family moved to Detroit, Michigan when he was a child. His parents decided to relocate again when he was 16, but Pollock decided to stay in Detroit, living in a boarding house. He supported himself through high school with a job was working on the assembly line at Chrysler's car manufacturing plant.

At eighteen Pollock was granted a scholarship and moved to Brooklyn, NY to study at the Pratt Institute. It was there he met George Nelson, who admired his student project of wire furniture. He gifted Nelson the piece and asked to work with him when he graduated.

In the intervening years, Pollock was in the Army, teaching art classes and working as Art Director of Infantry magazine. When he was discharged he contacted Nelson, who remembered him and the duo worked on a series known as the 'Swag Leg' Chairs together.

Pollock then sought out an interview with Florence Knoll, who he convinced to lease a small studio in Brooklyn where he worked on refining what would become the Pollock Executive Chair for five years. To keep costs down the designer reportedly wired the studio to steal electricity from the drugstore in the building.

The Pollock Executive Chair's unique frame was held together by a single band of aluminium. An aesthetic perfectly in tune with the post-war prosperity and aspirational values of the era, it went on to become one of Knoll's biggest selling pieces, still sold today. The royalties allowed Pollock to be comfortable and for the remainder of his career, he worked solely on passion projects, often developing a piece over several years, such as the Penelope chair for Giulio Castelli.