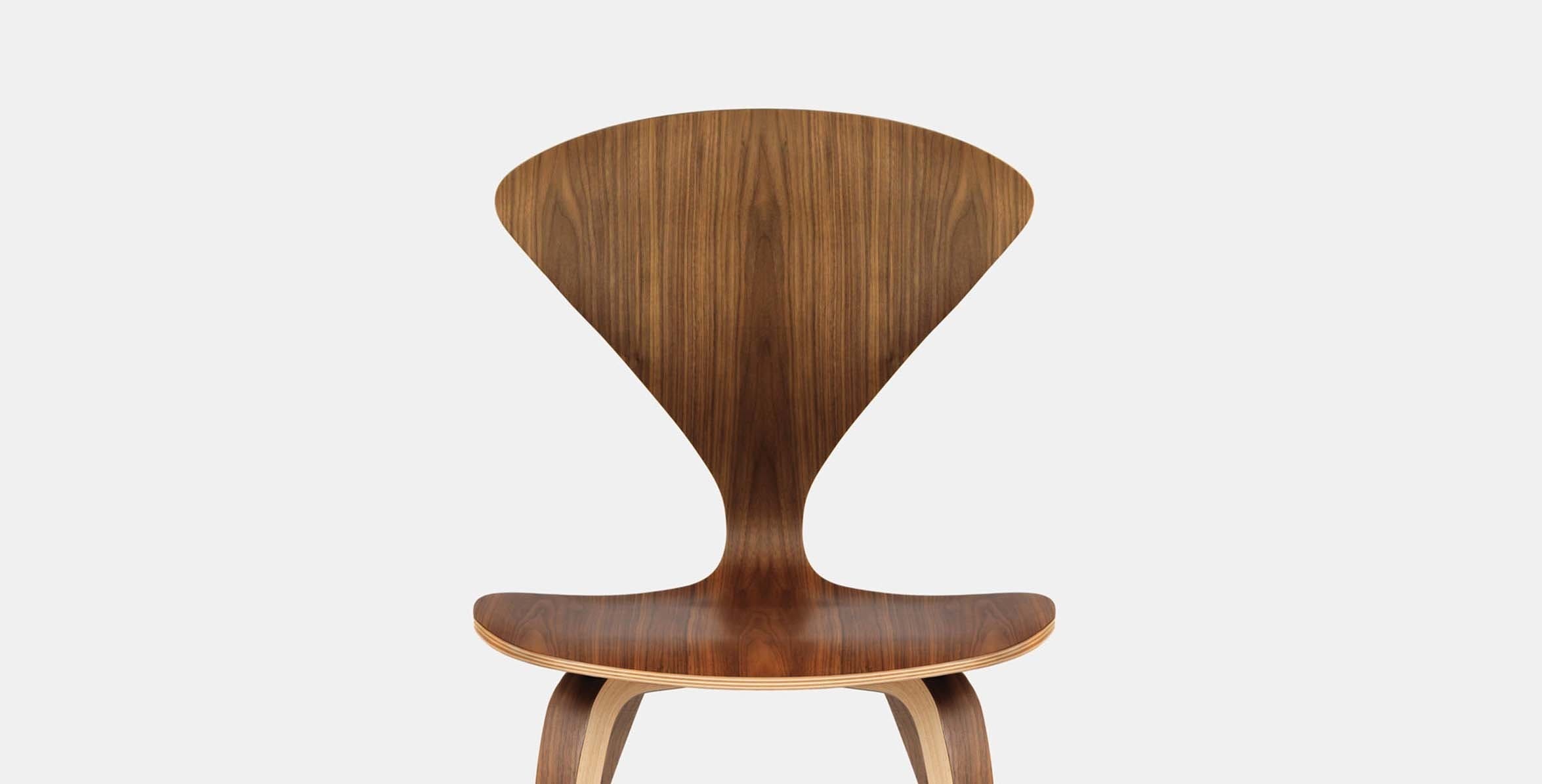 Norman Cherner is best known as designer of the American mid-century classic the Cherner Chair, but his career was filled with creative innovation beyond this piece.

A Brooklyn native, designer Norman Cherner was born in 1920. He was to become one of America's leading furniture designers, known best for his moulded plywood Cherner Chair, a mid-century modern design icon.

Cherner studied at Columbia University, New York, where he would later return to teach. He was taught in the multi-disciplinary style of the Bauhaus, and this filtered through to his career which spanned not just furniture design but also graphics, lighting and architecture.

During his studies, he became interested in housing as industrial design, a field in which he was to become known as a pioneer. He was interested in the idea of the home as a total design concept and developed the idea of the prefabricated house. His first project was a co-operative housing development in Ramapo, NY was built in 1948.

Cherner also designed affordable furniture specifically for these spaces that were included on the project. His idea for a fully pre-fabricated house became a reality. His "Pre-Built" was designed, produced and assembled in 1957 for the U.S. Department of Housing. After being exhibited in Vienna it was shipped back to Connecticut to become his first home and studio outside of New York City.

Norman Cherner died in 1987, and in 1999 his sons decided to bring his most loved designs back into production, creating what is now known as the Cherner Chair Company.

Interested in an item by Norman Cherner not featured below? Email [email protected] and we'll see if we can source it for you.