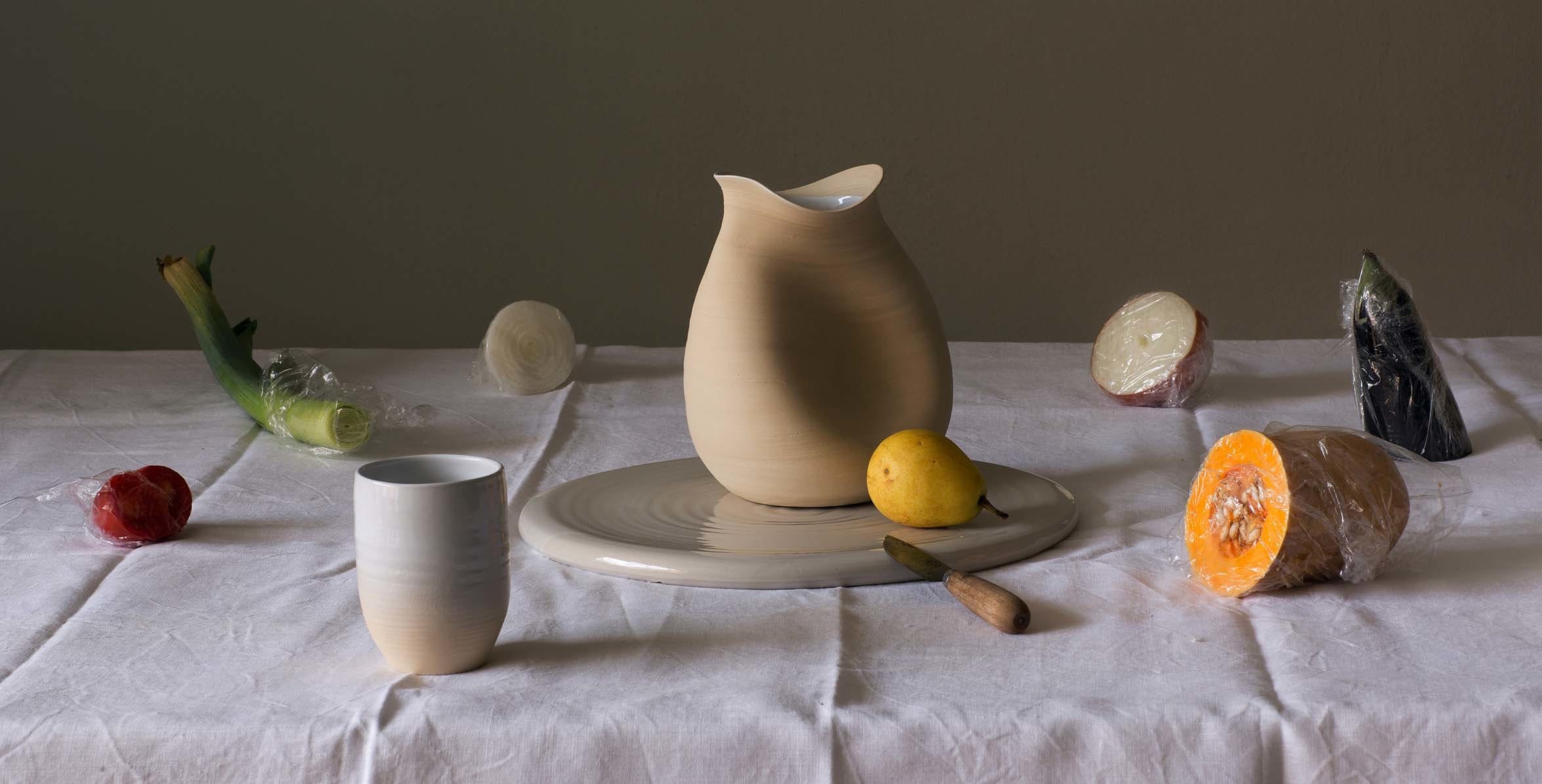 "I chose Apparatu, from the German word “Apparat” and the Catalan “aparatu”. The name is a symbiosis between poorly written Catalan and poorly spoken German. That’s how Apparatu was born, out of the need to organize my projects and set up a website, to create a permanent space for my objects" - Xavi Mañosa

Continuing the family business based in Barcelona was not always the career path Xavier Mañosa envisioned for himself, but a series of fortuitous events led him back to the potter's wheel and Apparatu was born.

As a child Xavier was always at his father's workshop after school, as an adult, he decided to train as an industrial designer as an act of defiance against the handcraft he had grown up surrounded by.

It took a move to Berlin for Xavier to discover he shared his family's love of ceramics, he launched Apparatu from there, working with experimental techniques and materials. Over time, he kept returning to the family workshop and then came the day when he realised that he was spending more time there than in Germany. The decision was made and he made a base of his family workshop, located in an old industrial estate in Barcelona, where ceramic products for the building industry used to be produced.

Since then Xavier and his father Joan have worked together on projects for companies such as Spanish lighting company Marset.

See more about the exhibition Viaduct presented with Apparatu as part of the 2015 London Design Festival, White On White.